After Neetu Kapoor confirmed that Ranbir Kapoor has indeed tested positive for COVID-19, reports suggest Sanjay Leela Bhansali too has tested positive for the same. He is self-quarantining himself and so is Alia Bhatt. The filmmaker was shooting Gangubai Kathiawadi with Alia and Ajay Devgn. 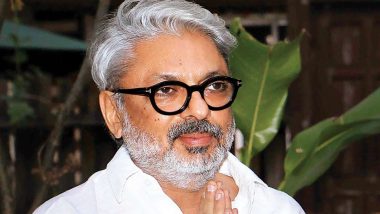 We told you a few hours back that Ranbir Kapoor has tested positive for COVID-19 today, as confirmed by his mother Neetu Kapoor. The latter also mentioned how the actor is taking medication and is recovering well. Now we hear, Sanjay Leela Bhansali too has tested positive for the same. The director was shooting Gangubai Kathiwadi with Alia Bhatt and Ajay Devgn. Reports suggest Alia has self-quarantined herself as both Bhansali and Ranbir have tested positive. Ajay Devgn Starts Shooting For Alia Bhatt’s Gangubai Kathiawadi Today; Reunites With Sanjay Leela Bhansali After Hum Dil De Chuke Sanam (View Pic)

A source told Indian Express, "SLB has tested positive for Covid-19, and he is under self-quarantine, Alia too has quarantined herself since SLB and Ranbir both have tested positive. Everybody who has come in contact with Sanjay has taken the test." The source also informed that the filmmaker first got his mother tested once his results turned out positive. His mother has tested negative, luckily.

The report also suggests that all the members of the cast are now undergoing a COVID test to stop the infection from spreading further.

(The above story first appeared on LatestLY on Mar 09, 2021 02:27 PM IST. For more news and updates on politics, world, sports, entertainment and lifestyle, log on to our website latestly.com).