Bhool Bhulaiyaa 2: Anees Bazmee Says Audience Will Get to See Tabu in a Never Seen Before Avatar

Teaming up with the Tabu was always on his to-do list, a wish filmmaker Anees Bazmee is now fulfilling with Bhool Bhulaiyaa 2. The director said he will be presenting the critically-acclaimed actor in a never seen before avatar, in the sequel to 2007's Akshay Kumar and Vidya Balan-led horror-comedy. 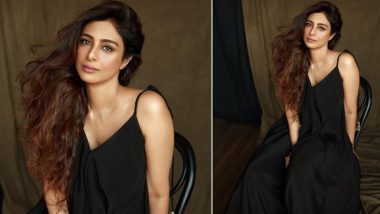 Teaming up with the Tabu was always on his to-do list, a wish filmmaker Anees Bazmee is now fulfilling with Bhool Bhulaiyaa 2. The director said he will be presenting the critically-acclaimed actor in a never seen before avatar, in the sequel to 2007's Akshay Kumar and Vidya Balan-led horror-comedy. "I so wanted to work with Tabu and this role was apt for her. I offered the role, which I felt will suit her stature as a performer. It is not a special appearance, but an important part. It is too early to talk about it in detail. Kartik Aaryan Can’t Stop Smiling As He Begins Shooting for Bhool Bhulaiyaa 2 Donning the Same Look as Akshay Kumar from the Original (Watch Video)

"My attempt is to present Tabu in a different avatar, something which the audience has not seen before. She is a wonderful actor and she can do anything," Bazmee told PTI. The director also revealed that Tabu will feature in the recreated version of "Ami je tomar" from the original movie. The original was directed by Priyadarshan and Bazmee said he has added his own signature touch to the upcoming sequel. "This is a completely different film and a story. It has elements of horror and comedy and this is new to me. I am enjoying it. My films are always entertaining and so will it be. Bhool Bhulaiyaa 2: Tabu To Shoot Recreated Version of Vidya Balan’s Mere Dholna Song.

"A director should have his own language while making a film. The audience is intelligent they come to know what is new and what is copied," he added. The director said he is aware of the expectations from the new movie and he will be giving his best. "There is pressure with every film. With this film, the pressure is a bit more as the first one was loved very much by the audience. You forget about the pressure while shooting as you want to make a good film at the end of the day.

There are expectations from the film and to live up to that is a little difficult. We all are working with honesty and giving our best." The shoot of the film, which also stars Kartik Aryan and Kiara Advani, is currently underway in Jaipur and team will soon move to Lucknow. "We will shoot here for a few days and then we will go to Lucknow for a month, then to Mumbai and there is a schedule in overseas." Co-produced by T-Series, the sequel will release worldwide on July 31.