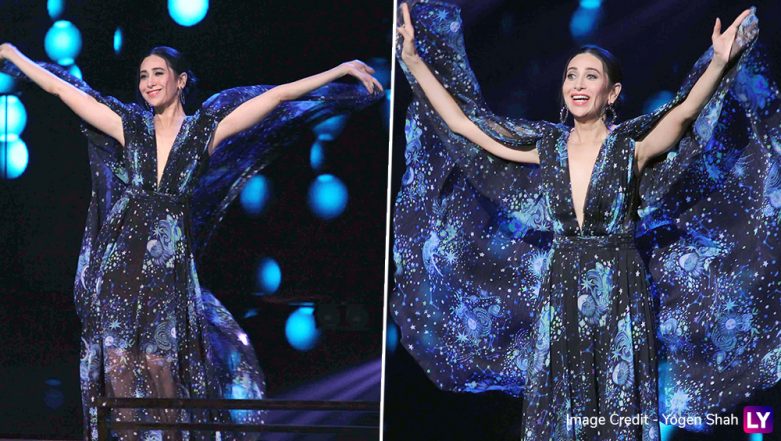 Actress Karisma Kapoor went down memory while shooting for a TV show. She says she had 30 outfit changes for the hit song 'Jhanjhariya' in the 1996 film Krishna. "There were two versions of this song - male and female. The male version was shot in a desert in 50-degree heat while the female version was shot over three days in Mumbai. Karisma Kapoor Steps Into Sister Kareena Kapoor Khan’s Shoes For Dance India Dance 7, Steals The Show In A Printed Maxi Dress (View Pics)

While shooting in the desert, the cast had to dance on the sand which kept flying into our eyes making it very difficult to shoot the song," Karisma recalled. "When we started shooting for the female version, I realised I had 30 outfit changes for that one song. Every look was different with different hair and make-up. The steps were quite tough. Karisma Kapoor Shares a Throwback Pic From Biwi No 1, Expressing Her Love for Saree on National Handloom Day

So, 'Jhanjhariya' was not only an iconic song but also the most memorable song of my career," added the dancing diva. She opened about the song while shooting for talent-based reality show, "Dance India Dance: Battle of the Champions".