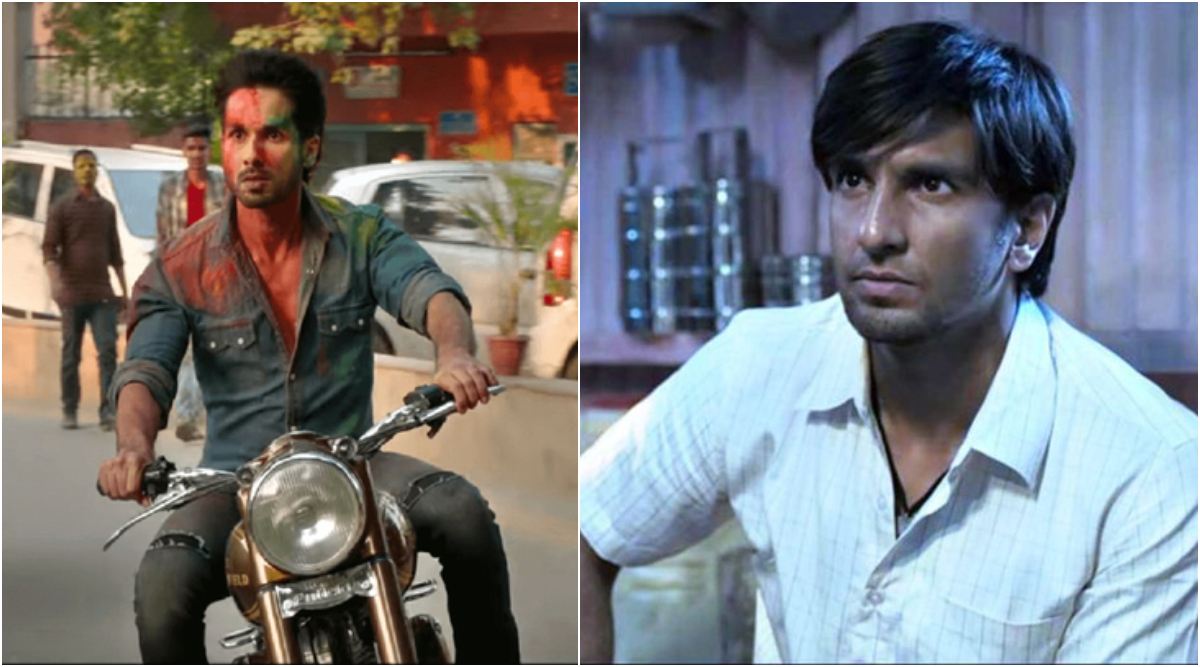 Among 2019's big films that received a nomination at the Filmfare Awards 2020 was also Shahid Kapoor's Kabir Singh. While audiences remained divided over the film's content, everyone agreed that when it came to the film's performances, Shahid Kapoor had put up a brilliant act. The Filmfare Awards 2020 which took place in Assam on Saturday, February 15, had Ranveer Singh bagging the best actor trophy for Gully Boy and this has left Twitterati feeling sorry for Shahid whose Kabir Singh performance deserved the win according to them. Filmfare Awards 2020 Full Winners List: Gully Boy Grabs Maximum Trophies; Alia Bhatt, Ranveer Singh, Ayushmann Khurrana, Bhumi Pednekar, Taapsee Pannu Get Acting Honours.

Several users on the micro-blogging site have been commenting on Shahid Kapoor's loss for best actor and have even got Kabir Singh trending on Twitter. After Ranveer Singh shared a picture of himself holding the Filmfare black lday after his best actor win, a user commented on it saying, "I believe @shahidkapoor should have this black lady for #KabirSingh." Another user also commented saying, "@shahidkapoor was the most DESERVING actor this year to win Filmfare 'Best Actor' for his terrific performance in #KabirSingh. Disappointed #FilmfareAwards2020." While Shahid Kapoor hasn't responded on any of them, the actor was missing from the Awards last night. Here are some of the reactions about Shahid Kapoor's Filmfare loss. Filmfare Awards 2020: Fans Unhappy With Gully Boy’s Award Frenzy, Share Funny Memes and Jokes on Twitter (View Tweets).

Absolute Bullshit on the name of awards !! Shahid Kapoor in #KabirSingh was undoubtedly way ahead of all other actors this year !! No but these awards would always prefer the biased ones !! Stupidity at its level best !! #FilmfareAwards2020

Shahid Was Better Than Ranveer Singh:

Shahid Kapoor’s acting in #KabirSingh was better than Ranveer Singh’s in #gullyboy.The character of Kabir might be flawed but it was played amazingly well by Shahid Kapoor.He deserves the award for best actor this year.@shahidkapoor @RanveerOfficial #FilmfareAwards2020

Shahid Was the Deserving Winner for Best Actor:

#RanveerSingh was fab in #GullyBoy, no two opinions but #ShahidKapoor was The MOST DESERVING actor this year to win #Filmfare 'Best Actor' for his terrific performance in #KabirSingh. He should have won. Disappointed 💔#FilmfareAwards2020 #disappointed

Can't Compare Kabir With Murad.. What Shahid Did Was Amazing:

Not at all suprised. His performance as murad is' nt bad in #GullyBoy . But what shahid did in #KabirSingh . You can't compare murad with kabir when it comes to performance level. Seriously i am not suprised. The results came out as i expected only. https://t.co/aJq5HSkhiP

@filmfare each year u r degrading ur value by awarding to the not so top of the world performances. I believe #ShahidKapoor should have won best actor award for his tremendous acting for #KabirSingh & best movie to Uri & the list is more. Sounds totally fixed #FilmfareAwards2020

The Awards Should Have Been:

It should have been

But then how can #Filmfare be fare ...

Ranveer Singh and Alia Bhatt's Gully Boy turned out to be the big winner of the night. The film bagged as many as ten awards. The Filmfare Awards 2020 will be telecast on Colors at 9 PM on Sunday, February 16.