For Rajkummar Rao, Omar in Hansal Mehta’s Omerta Is the Most Challenging Role in His Career So Far

Rajkummar Rao recalls how Hansal Mehtas 2017 release "Omerta" allowed him to push his boundary as an actor. "Omar in Omerta is certainly one of the most challenging characters I have ever played on screen. It drained me completely emotionally and physically. 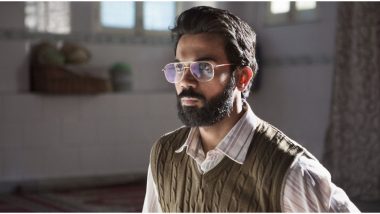 Rajkummar Rao recalls how Hansal Mehtas 2017 release "Omerta" allowed him to push his boundary as an actor. "Omar in Omerta is certainly one of the most challenging characters I have ever played on screen. It drained me completely emotionally and physically. I could never have imagined that playing this part would mentally take me to such dark places. It's a journey of one of the most deadly terrorists of our times and Hansal sir pushed me out of my boundaries to explore," said Rajkummar, about the film that saw him essay Omar Saeed Sheikh, British terrorist of Pakistani descent. The Barabanki Narcos Adaptation: Aloke Lal Wants Ayushmann Khurrana, Rajkummar Rao or Vicky Kaushal to Play His Titular Role On-Screen.

"This wasn't an easy film to make, with multiple locations, adverse weather conditions and often limited resources. What we had in ample measure was heart. The entire team has put their heart and soul into every minute of the process throughout the way," the actor added. Rajkummar has done some of his best work in Hansal Mehta films. In fact, his performance in Mehta's 2013 release "Shahid" won him Best Actor at the National Awards. Rajkummar Rao Shares Throwback Pic from the Days of Filming Hansal Mehta’s Omerta (See Pic)

Mehta opened up about his association with the actor. "This (‘Omerta') was my fifth collaboration with Rajkummar Rao, and perhaps one of his biggest challenges as an actor. After having made films like ‘Shahid', ‘Citylights' and ‘Aligarh' together, we were exploring a character's inner darkness through this film's protagonist Omar Sheikh. This is a film I'm very proud of. ‘Omerta' is an important document of our times," he said of the film, which streams on the Zee5 July 25 onwards.

(The above story first appeared on LatestLY on Jul 08, 2020 05:06 PM IST. For more news and updates on politics, world, sports, entertainment and lifestyle, log on to our website latestly.com).