Happy Birthday Jeet: 7 Movies Of The Bengali Superstar You Must Watch ASAP

Jeet turns a day hotter today. Here're seven movies of the actor to tell you why Bengalis are simply in love with this Sindhi guy since 2002. 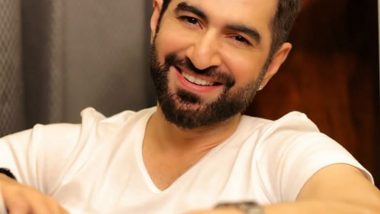 Jeet, one of the biggest superstars of Bengali Film Industry, too has struggle stories from Mumbai. While the city of dreams gave him little to nothing, Bengali film industry welcomed him with open arms. Few people are born for the stars and they reach their destination howsoever. From being a small character in a hit mythological show like Jai Hanuman to apparently creating a record of sorts by getting paid Rs 1 crore for a film in the industry back in 2017, Jeet has come a long way.

Mumbai wasn't kind but the Bengali Film Industry just can't have enough of him. In a world, where everyone fights to be No 1 in their game, Jeet is happy being at No 3 forever. In an interview to TOI, he had said, "I want to be Jeet. My birth date is 30. Most of the times, I am bracketed at No. 3. I believe, No. 1 is a painful position. It is not a permanent slot. In my case, No. 3 is a permanent position." Shesh Theke Shuru which released recently, was his 50th film and now he is looking to go for 50 more. But before that happens, here are 7 movies of the actor which you need to watch to know why Bengalis just love this Sindhi boy!

Although a Telugu film titled Chandu is his debut movie, Sathi is his big breakthrough in Bengali Cinema. He played a guy who wanted to be a singer but things take such an absurd turn that he lands in jail while the love of his life becomes a singer. Jeet's innocence in the movie makes the whole character very likable.

One of the most loved Bengali movie, Shubhodrishti is more of a memory and an emotion than a film. Jeet and Koel Mallick's chemistry was top-notch in the film.

A remake of Telugu film Santosham, this film shows a different facet of Jeet's acting prowess. He is a much restrained actor who values family over his feelings. The character will definitely warm your hearts, no wonder that it was the highest grossing Bengali film of that year.

Perhaps one of the best characters that Jeet has ever portrayed in his career, Premi has him giving up on his love for his best friend who he owes the world to. It was very nuanced if you don't consider the over-melodramatic tone of the movie.

This film is a big deal for anyone who is an aficionado of commercial Bengali films. Getting Dev and Jeet, two of the biggest superstars of that industry, in one film is a huge task. They have often been pitted against each other while their fans have fought among each other. When it released, it became one of the highest grossing Bengali film of that year. Jeet's cool and comfy demeanor was an eye-stealer, although Dev was good as a rowdy do-gooder too.

A psychological thrilled bankrolled by Neeraj Pandey and Viacom 18 Motion Pictures, The Royal Bengal Tiger is one of Jeet's best works. He played a guy who helps a timid man play by Abir Chatterjee, believe that he can do anything including murder. But is he real, that's what the film explores and Jeet has done a fab job in it!

While the film didn't get too much love from the critics, Jeet's portrayal of a Dhaka business man in love with an Indian scholar and his helplessness later in the film to protect the same got a lot of appreciation.

(The above story first appeared on LatestLY on Nov 30, 2019 08:30 AM IST. For more news and updates on politics, world, sports, entertainment and lifestyle, log on to our website latestly.com).