Hey Thanos and Iron Man! Shah Rukh Khan Did the ‘Snap and Dust’ Move Way Before the Avengers Movies and This Viral Clip Is Proof! (Watch Video) 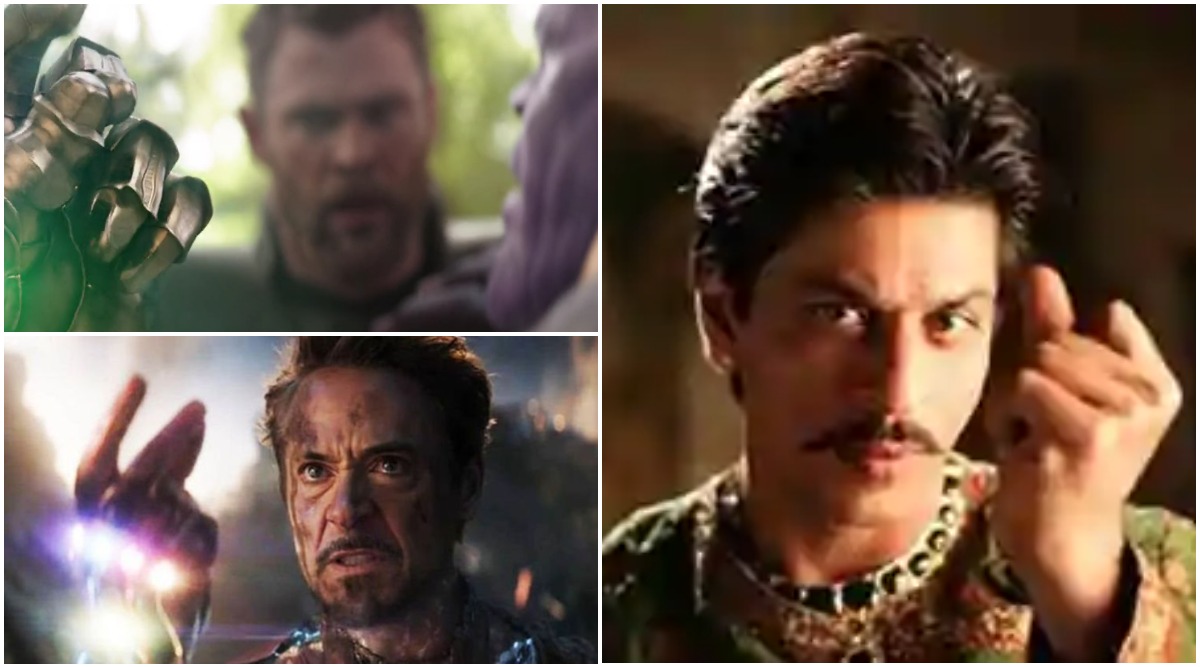 Marvel fans surely knows what the 'Snap' is. First mentioned and seen in Avengers: Infinity War, the movie has the antagonist, Thanos collect six Infinity Stones and use them in a gauntlet. Then he snapped his fingers and dusted half the living universe into oblivion. In Avengers: EndGame, the Snap happens twice when the Hulk uses it to being the Dusted ones back to life and then Tony Stark to obliviate Thanos and his army (at the cost of his life). Kids' Choice Awards 2020 Full Winners' List: BTS, Avengers Endgame, Dwayne Johnson, Beyoncé Win Top Honours.

But even before Thanos and Tony, Shah Rukh Khan had perfected the 'Snap and Dust' move way back in 2005. Remember Paheli, one of SRK's productions that was directed by the acclaimed Amol Palekar? A clip from the film featuring the Bollywood superstar merged with the snaps of both Thanos and Iron Man is going viral and being shared by the fans of King Khan.

Paheli, a fantasy film based on a folklore, has Shah Rukh Khan in a dual role, playing a cuckolded merchant and his lookalike ghost, with the latter managing to enamour the former's abandoned wife. The ghost character is seen performing magic tricks in the film, most of which he does with the snap of his fingers. He also uses the snap to disappear stuff, which is seen turning into dust as they go away. Only in his case, they are mostly inanimate material. Or himself. When ‘Wolverine’ Hugh Jackman Called Shah Rukh Khan ‘God’ in This Throwback Video.

Hey Avengers, King Khan Did It Way Before It Was Cool 😎@iamsrk @teamsrkfc #ShahRukhKhan #teamshahrukhkhan pic.twitter.com/LA84Gterfh

So who does the Snap better? Thanos? Iron Man? Or King Khan? Share your thoughts in the comments section below.

Paheli also starred Rani Mukerji, along with Juhi Chawla, Anupam Kher, Rajpal Yadav with a cameo from Suniel Shetty. The movie didn't work at the box office then, but got a cult following over years.