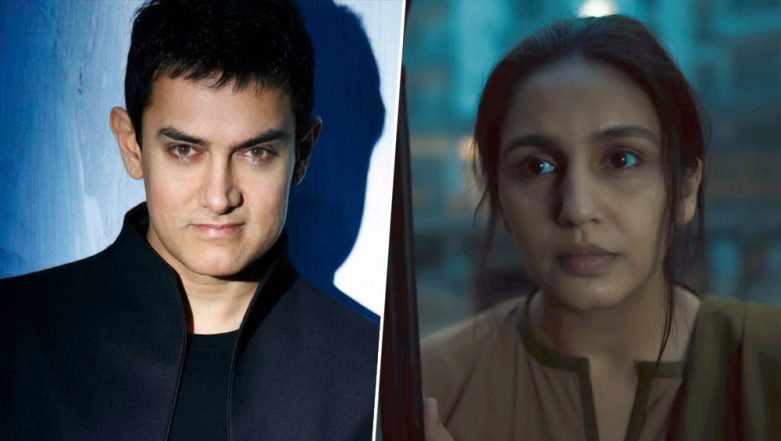 Huma Qureshi starrer Leila is an upcoming Netflix original thriller series. Haunted by the quagmire of racial purity, Leila revolves around a mother’s search of her daughter. The series is weaved by the dark reality of barbaric society. The trailer was launched a few days ago and it has already created a wave of curiosity across the quarters. The trailer has also impressed Bollywood’s Mr Perfectionist, Aamir Khan, and the actor is all praises for Leila. Leila Trailer: Huma Qureshi's Netflix Series Based on a Community Obsessed With Racial Purity Looks Highly Impressive (Watch Video).

Aamir took to his Twitter handle to sing the praises of Huma starrer Leila. However, he was also concerned by the fact that there are no credits given in the trailer. He wrote, “Wow! I want to watch this. By the way, how come there are no credits. I want to know the names of the crew members.”

Wow! I want to watch this.

By the way, how come there are no credits. I want to know the names of the crew members.https://t.co/5YHWB1PaJS

The series runs through a dystopian concept and is helmed by Deepa Mehta. The six-episode series features Huma essaying the role of a mother in search of her daughter. Leila also stars Siddharth in the lead role. The series revolves around the cruelty of a digitised city, which is obsessed with the concept of ‘purity’. The inhabitants here, stay in different communities based on caste, class and religion and in this world, Aryavarta is the religion. Although the streaming date is yet to be announced, the trailer has gripped the audience attention.