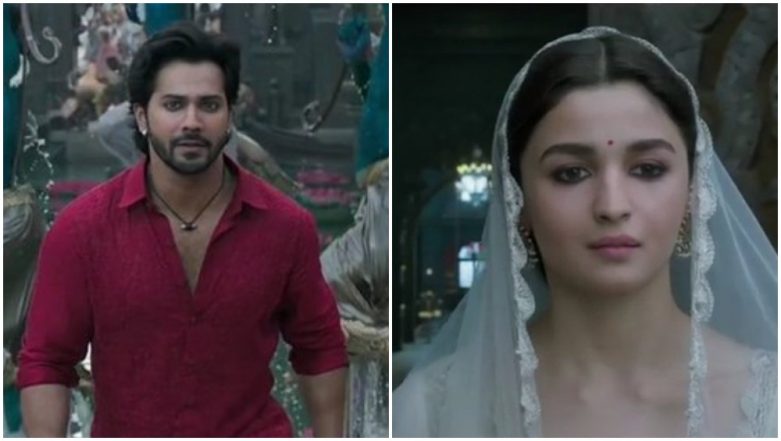 When the makers of Kalank released the character posters – Varun Dhawan (Zafar), Alia Bhatt (Roop), Madhuri Dixit Nene (Bahaar Begum), Sanjay Dutt (Balraj Chaudhry), Sonakshi Sinha (Satya Chaudhry) and Aditya Roy Kapur (Dev Chaudhry), their avatars reminded us of their past films or other actors' looks. All eyes were on the teaser which released today, and it was gorgeous and how. It wasn’t just the fourth time that Varun and Alia had teamed up but after a gap of almost two decades, Sanjay and Madhuri has shared screen space. After watching the teaser of Kalank, certain scenes from it takes us back to five beautiful films – Raazi, Dedh Ishqiya, Lootera, Baahubali and Goliyon Ki Raasleela Ram-Leela. Kalank Teaser Launch Pics: Varun Dhawan-Alia Bhatt, Sanjay Dutt-Madhuri Dixit Nene, Aditya Roy Kapur-Sonakshi Sinha's Colour-Coordinated Avatars Steal the Show. 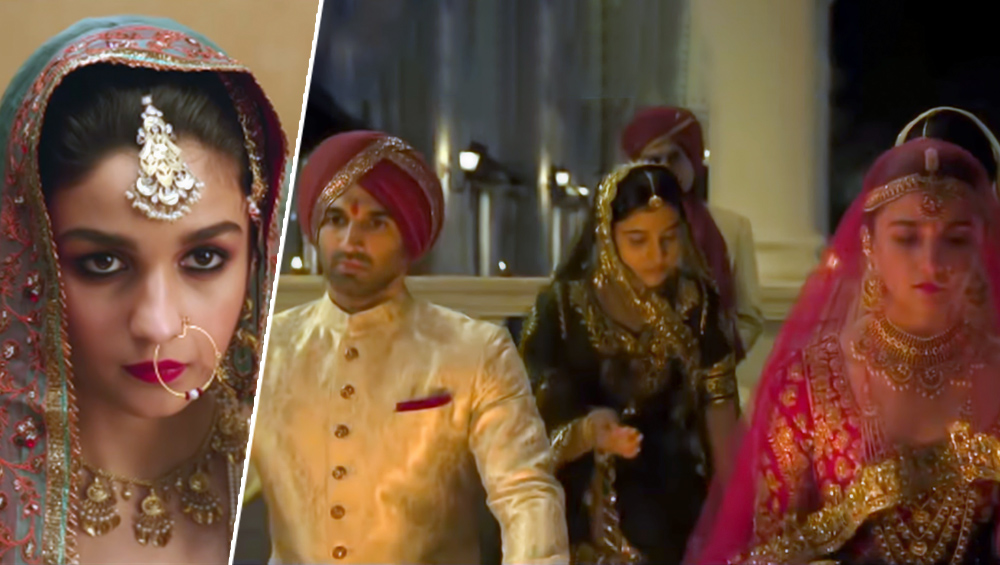 Alia Bhatt’s bridal look in Kalank reminds us of her avatar in Raazi. Those few seconds of the wedding scene in this period drama takes us back to Alia Bhatt’s character Sehmat Khan that she essayed in Raazi. Here is an emotional bride who is waiting for a mysterious story to be told, and there we saw a young girl making sacrifices to safeguard the nation. 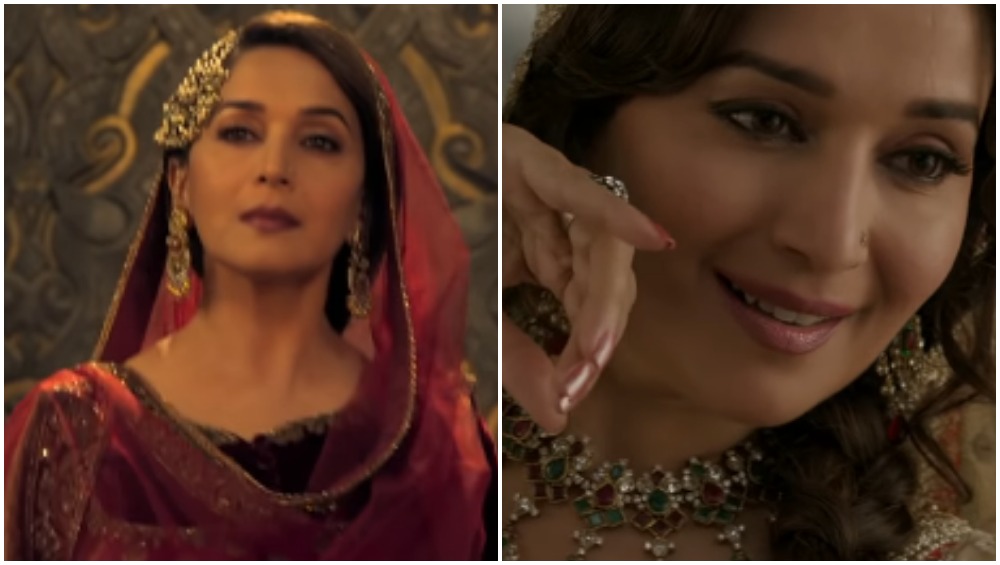 We saw Madhuri Dixit Nene as Begum Para in Dedh Ishqiya and now we’ll be seeing her as Bahaar Begum in Kalank. Though we don’t get to see much of this veteran actress in this teaser, be it her look, her dance sequences, it reminds us of her character in Dedh Ishqiya. Kalank Teaser: Did You Notice This Blink-And-Miss Appearance of Sanjay Dutt and Madhuri Dixit Together? (View Pic Inside). 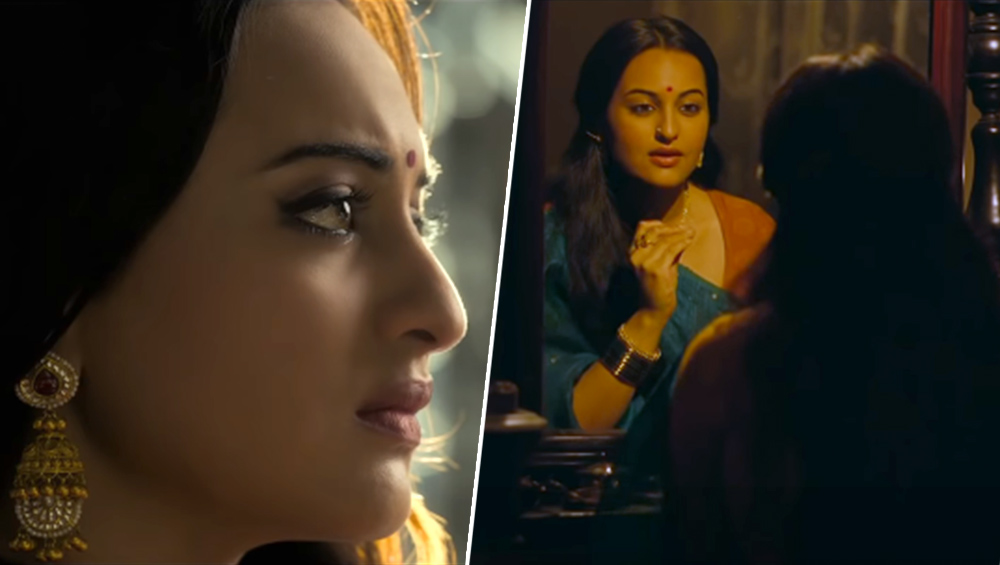 Pakhi Roy Chaudhary from Lootera is all what we can think when see Sonakshi Sinha in the teaser of Kalank. Though she described the meaning behind her name (Satya Chaudhry) as ‘love, longing, integrity and sacrifice’, we can’t stop thinking of the aspiring writer from Lootera. 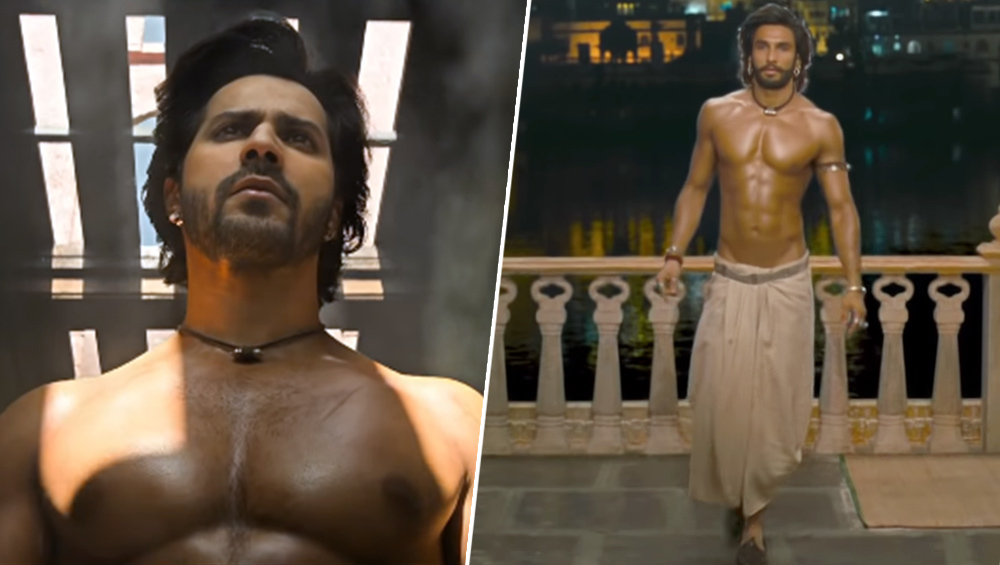 Ranveer Singh’s chiseled body and kohled eyes look in Goliyon Ki Raasleela Ram-Leela cannot be forgotten. And now when we see Varun Dhawan in Kalank, the look of both of the actors are so similar. There is not just one but many parameters which makes us say, the similarity between the two is umissable and the picture is proof. Kalank Teaser OUT! Alia Bhatt and Varun Dhawan's Undying Romance Is The Highlight In This Regal Family Drama (Watch Video). 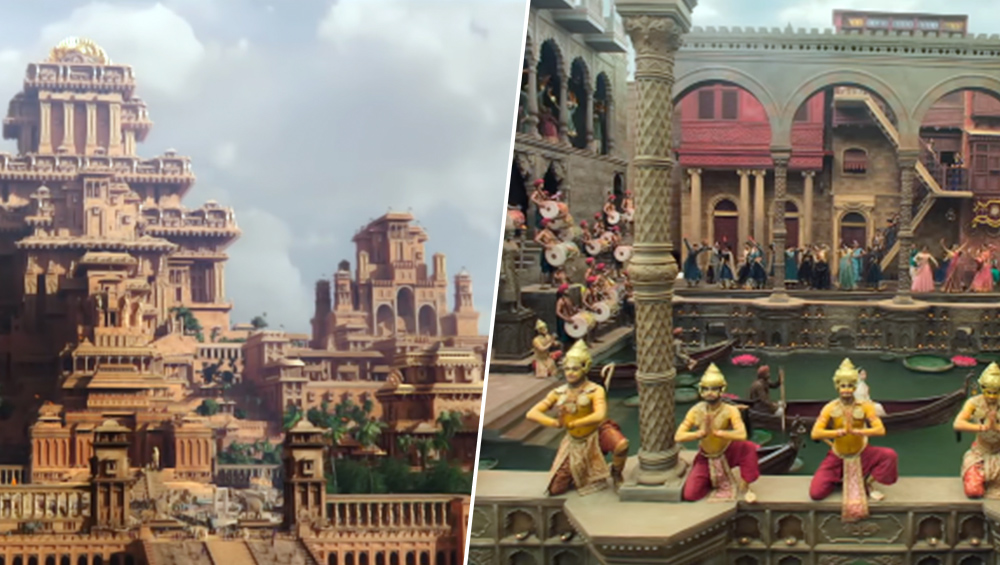 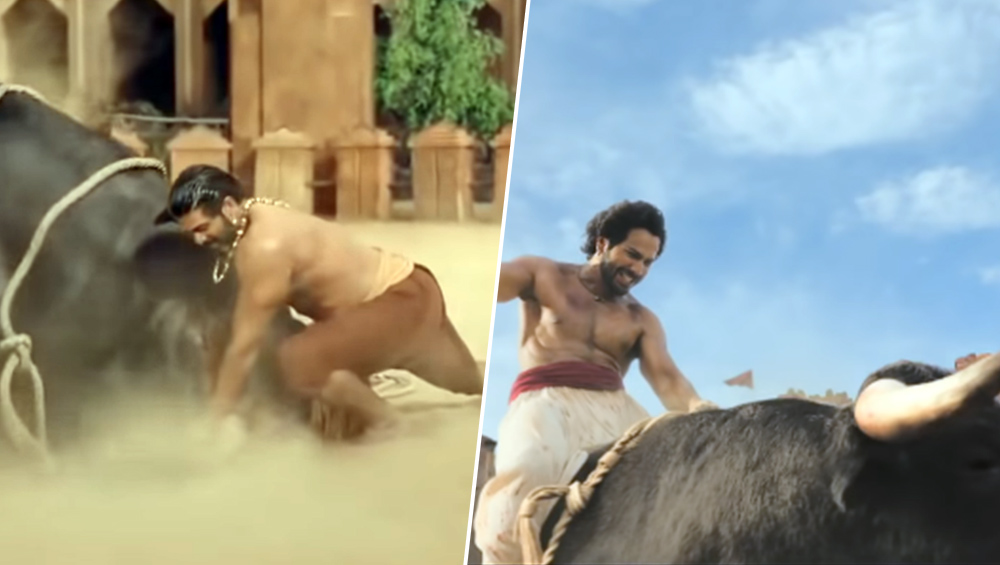 The grand set and the bull fight sequence in Abhishek Varman’s Kalank, reminds us of SS Rajamouli’s magnum opus, Baahubali franchise. The larger than life sets, incredible VFX execution, Rajamouli made everything look realistic. And now the grand sets of Kalank takes us back to Baahubali.

Watch the teaser of Kalank here:

Kalank brings back Alia Bhatt and Varun Dhawan together for the fourth time. And the most unexpected reunion of Madhuri Dixit Nene and Sanjay Dutt. This epic drama has too many mystery which will be told on April 17 and we just can’t wait to watch the film.