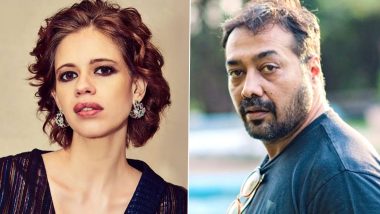 A popular Telugu actress recently took to social media and accused Anurag Kashyap of sexual misconduct. The victim claimed that the Bollywood filmmaker tried to force himself on her when she had met him at his residence. The accusation made against the director left many shocked. There were several industry members who came forward and denied the allegations made by the Telugu actress against Anurag Kashyap. In fact, even his first wife Aarti Bajaj refuted the allegations and supported her former husband. And now it is actress Kalki Koechlin who has come out in support of her ex-husband. Anurag Kashyap Gets Accused of Sexual Assault by Telugu Actress, Says She Has No Proof But Wants to Make Girls Wary.

Aarti Bajaj had shared a post on Instagram in support of Anurag Kashyap that read, “First wife here… You are a rockstar @anuragkashyap10. Keep empowering women as you do and the safest place you create for all of them. I see it first hand with our daughter.” And now Kalki Koechlin has shared a post that reads, “Dear Anurag, don’t let this social media circus get to you, you have fought for the freedom of women in your scripts, you’ve defended their integrity in your professional space as well as in your personal life.” She concluded the note saying, “Hang on to that dignity, stay strong and keep doing the work you do. Love from an ex wife.” Anurag Kashyap Releases Official Statement on the Accusations of Sexual Misconduct.

Anurag Kashyap has released a statement via his lawyer Priyanka Khimani on allegations of sexual misconduct against him by the Telugu actress. The statement mentions that all the allegations made against the director are ‘completely false, malicious and dishonest’ and the matter will be taken ahead through legal means.

(The above story first appeared on LatestLY on Sep 21, 2020 12:26 PM IST. For more news and updates on politics, world, sports, entertainment and lifestyle, log on to our website latestly.com).