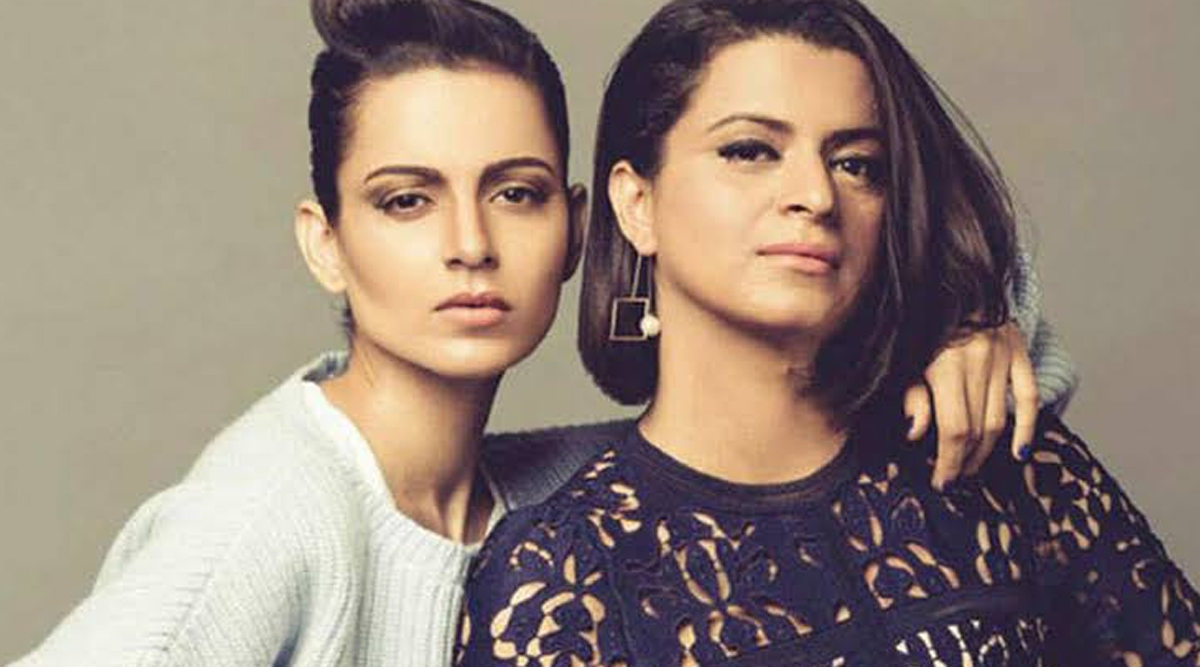 Kangana Ranaut's bond with her sister Rangoli Chandel is beyond words. The best example of their equation can be seen on Chandel's Twitter account where she backs Ranaut all the damn time. Right from slamming Bollywood A-listers and taking her sister's side to promoting Kangana's films in her own sassy and witty way, these two girls have time and again flashed #sistergoals. Having said that, for the uninitiated, Rangoli has gone through a gruesome past and has been an acid attack survivor during her college days. Now recently, in an interview, the Panga actress expressed her struggles to find the best doctor for her sister to treat her injuries. Sonam Kapoor Congratulates Kangana Ranaut and Rangoli Chandel on Their New Production Company (Read Tweet).

Ranaut opened up on how she accepted roles in a few tacky films solely with an aim to get 54 surgeries done of her sister. “I was just 19, on the threshold of a bright career, when the attack happened and it was a long, hard struggle to deal with this kind of perverse, sexist cruelty,” said Kangana, in an interview with Mumbai Mirror. Further adding, “I did tacky films, took on roles I did not deserve, accepted guest appearances, so my sister could be treated by the best surgeon in India. It took 54 surgeries.” Kangana Ranaut Launches Her Production Company ‘Manikarnika Films’, Sis Rangoli Chandel Slams 'Movie Mafia' in Style (Read Tweets).

Here's A Picture Of Kangana And Her Sister:

We laud the star for being this candid and bringing to light her financial and filmy struggles back then. Meanwhile, on the work front, Kangana Ranaut is all set to impress the janta by portraying the role of a Kabaddi player in her next, Panga. Jassie Gill sars opposite the actress. Directed by Ashwiny Iyer Tiwari, the movie will also see Neena Gupta and Richa Chadha in key roles. The film is slated to release on January 24th, 2020. Stay tuned!