The biggest news of the day has been Sonu Sood has walked out of Manikarnika: The Queen of Jhansi. Rumour has it that he was not seeing eye to eye with Kangana Ranaut during the shoot. 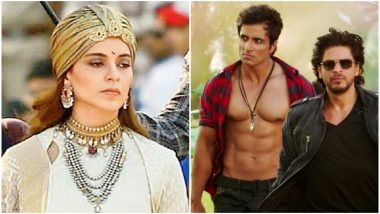 The biggest news of the day has been Sonu Sood has walked out of Manikarnika: The Queen of Jhansi. Rumour has it that he was not seeing eye to eye with Kangana Ranaut during the shoot. Later, it was speculated that the original director, Telugu film-maker Krish, has been booted from the film over creative differences with Kangana, and the latter took over the directorial reins. The official reason given was that the original director had to commit to his Telugu film, the NTR biopic, so Kangana was 'helping' him out.

Later, Sonu walked out from Manikarnika when he was asked to do reshoots, with sources claiming that he was not happy with how his character was being reshaped and that Kangana is calling the shots. Kangana gave a statement to Pinkvilla, where she alleged that Sonu doesn't want to work with a female director. She had said, "The producers showed him the film and writers narrated the patchwork to him. He refused to meet me. He vehemently denied working under a woman director, which is kind of amusing because Sonu is a dear friend and I have even launched the music of a film that he produced at his request."

While we don't really know what Sonu had said to her team, there is a glaring loophole in the excuse. For one of the biggest hits that Sonu Sood had starred in was a movie made by a female director.

Yes, we are talking about Happy New Year. The multi-starrer film, where Shah Rukh Khan and Deepika Padukone played the lead, was directed by Farah Khan. Sonu Sood had an important role in the film, and it was considered as one of the best performances from the actor. Farah had even made the actor dance to Munni Badnaam song from Dabangg. 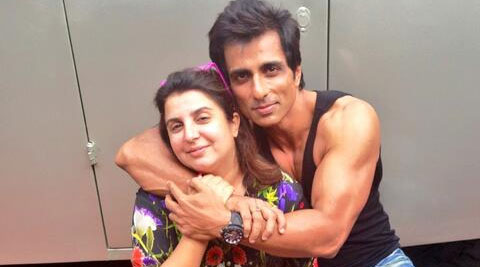 It's not just Happy New Year. Sonu Sood had a cameo in a Pakistani film called Ishq Positive that was directed by a female director, Noor Bukhari.

So it makes little sense to say that Sonu Sood, who previously never had any issues on other shoots, to claim that he doesn't want to work with a female director. So what is the real reason?

When Spotboye contacted said the actor’s spokesperson, “Sonu has always been a thorough professional and honoured all his commitments. He had informed the makers of Manikarnika about his dates and schedule well in advance. Inconveniencing the team of his current film, to accommodate the demands of another are against his professional principles. Sonu has taken the higher road ahead and wishes the team of Manikarnika all the best."

So was Kangana Ranaut right in using the sexism angle to lambast Sonu Sood? We will leave it up to you readers to make your mind on this!

(The above story first appeared on LatestLY on Aug 31, 2018 08:21 PM IST. For more news and updates on politics, world, sports, entertainment and lifestyle, log on to our website latestly.com).