On being questioned about how much closet space is he ready to give up for wife Shweta, he said that he will give away 70% of the space to her. “I don’t need too much space. I am very basic that way,” the singer added. 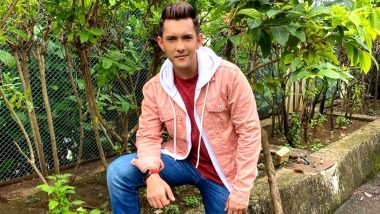 Aditya Narayan broke many hearts when he announced his wedding with Shweta Agarwal. The duo who had been dating for a really long time finally got hitched on December 1. The pictures of the beautiful couple went viral in no time and all the fans showered love for the couple on social media. Aditya and Shweta had an intimate wedding with only their family members and close friend present to attend the wedding.  Now after a grand celebration, the singer is all set to move into a new house with his wife. Narayan has bought a new house for himself and Shweta and you will be shocked to know the amount that he paid for this apartment. Aditya Narayan And Shweta Agarwal’s Pre-Wedding Festivities Begin! Picture From The Couple’s Roka Ceremony Surfaces Online.

According to Bollywood Hungama, Aditya has bought a 5 BHK apartment in Andheri, Mumbai for the couple to start the new chapter of their lives. The singer has paid an amount summing up to more than 4 crores for this luxurious apartment. Aditya revealed that the house is very close to his parent's house so he will be able to see them whenever he wants.

“I have bought a new 5 BHK in Andheri itself, three buildings away from my folks and we are moving in 3-4 months from now. My parents will be just a hop away. I have been saving for years to be able to afford this house ” the singer told the news portal. On being questioned about how much closet space is he ready to give up for wife Shweta, he said that he will give away 70% of the space to her. “I don’t need too much space. I am very basic that way,” the singer added. Aditya Narayan On Financial Crisis During Lockdown: I've Finished My Savings, Have Rs 18,000 Left In My Account.

Aditya and Shweta's reception was a starry affair with many celebs from both the film industry and television industry arriving at the celebrations. We saw Govinda with his wife and Bharti Singh and Haarsh Limbachiyaa gracing the soiree. Punit Pathak and Siddharth Dey also attended the event. There were rumours that PM Narendra Modi and Amitabh Bachchan were some of the popular names mentioned in their guest list but unfortunately, they couldn't attend the ceremony.

(The above story first appeared on LatestLY on Dec 05, 2020 11:03 AM IST. For more news and updates on politics, world, sports, entertainment and lifestyle, log on to our website latestly.com).