Priyanka Chopra Birthday: Bharat Actress Turns Out to Be a Cool Boss, Gifts Her Employees These Amazing Benefits

Priyanka Chopra's production house Purple Pebble Pictures will be next producing a film, ‘Nalini’ based on Rabindranath Tagore’s lesser-known chapter of life. 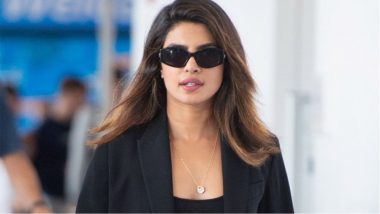 Priyanka Chopra, born on July 18, 1982, turned 36 today. The much-loved Bollywood-Hollywood actress became a global icon in no time. Apart from her stellar acting skills, she has been also known for her inspiring interviews and motivational speeches. There are very few of them who can fit into the bill in all walks of life and PeeCee is one of them. She is also a hands-on producer who produced some of the critically acclaimed regional movies. Her production Purple Pebble Pictures will be even more a happy place now, thanks to her thoughtful gesture for the employees of the company especially the married females!

On her birthday, the ‘Isn't It Romantic’ actress decided to change the policy of her production house, making it feasible and comfortable for the employees working there.

"Since 80 per cent of our female staff is married, we had to keep their interests in mind. The idea was simple — why should women's life choices become professional hurdles? The policy of flexible timings for mothers was set in place by Priyanka, but fine-tuned by senior members of our company,” Midday quoted the superstar’s mother and business partner, Madhu Chopra saying.

Well, we won’t be surprised if the employees get all charged up and give us more successful films under the banner in the near future. The banner will be next producing a film, ‘Nalini’ based on Rabindranath Tagore’s lesser-known chapter of life.

(The above story first appeared on LatestLY on Jul 18, 2018 09:29 AM IST. For more news and updates on politics, world, sports, entertainment and lifestyle, log on to our website latestly.com).