Actress Rakul Preet Singh is the latest Bollywood star to join the Pawri. On Friday, Rakul shared a video performing yoga with her instructor while the Pawri ho rahi hai mashup plays in the background. 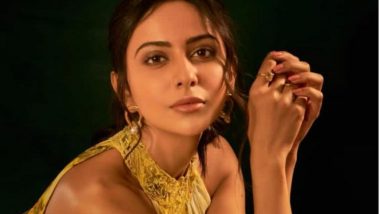 (The above story first appeared on LatestLY on Feb 26, 2021 05:50 PM IST. For more news and updates on politics, world, sports, entertainment and lifestyle, log on to our website latestly.com).