Shibani Dandekar Lashes Out At Ankita Lokhande, Says 'No One Has More Hate In Their Heart Than You' (View Post)

Shibani Dandekar, who has been supporting and siding with Rhea Chakraborty on the Sushant Singh Rajput matter, took to Instagram to lash out at Ankita and this time, she tagged her as well. 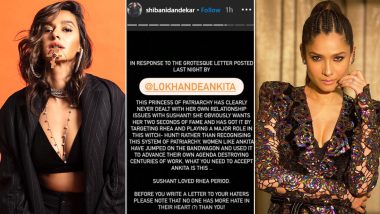 Looks like actress and VJ Shibani Dandekar has drawn up the battle lines. Shibani, who has been a constant supporter of Rhea Chakraborty, who is in the midst of an enquiry because of the FIR filed against her by her late boyfriend Sushant Singh Rajput's father KK Singh, took to social media to lash out at Ankita, who last night, had penned an open letter to her haters. After Rhea Chakraborty's arrest by the NCB, Ankita's post on Karma and Fate was not taken to kindly by Shibani who took a sly dig at her. In return, Ankita penned an open letter to haters. And now, Shibani took to Instagram to lash out at Ankita and this time, she tagged her as well. Ankita Lokhande Responds To Rhea Chakraborty's Friend Shibani Dandekar's 'Princess' Comment, Says 'You Guard Your Friend and I Am Standing By the Family' (View Tweet).

In her letter, Ankita had mentioned how she has never said a word against Rhea, despite being called 'widow' and 'sautan' by Rhea and how she would continue to stand by Sushant's family and that Rhea's supporters (hinting at Shibani) could stand by her side. To this, Shibani called Ankita a "princess of patriarchy" and lashed out at her. Ankita Lokhande Reacts to Rhea Chakraborty's Statements, Clarifies Details of Her Last Conversation With Sushant Singh Rajput and the Ownership of Her Flat (View Tweet). 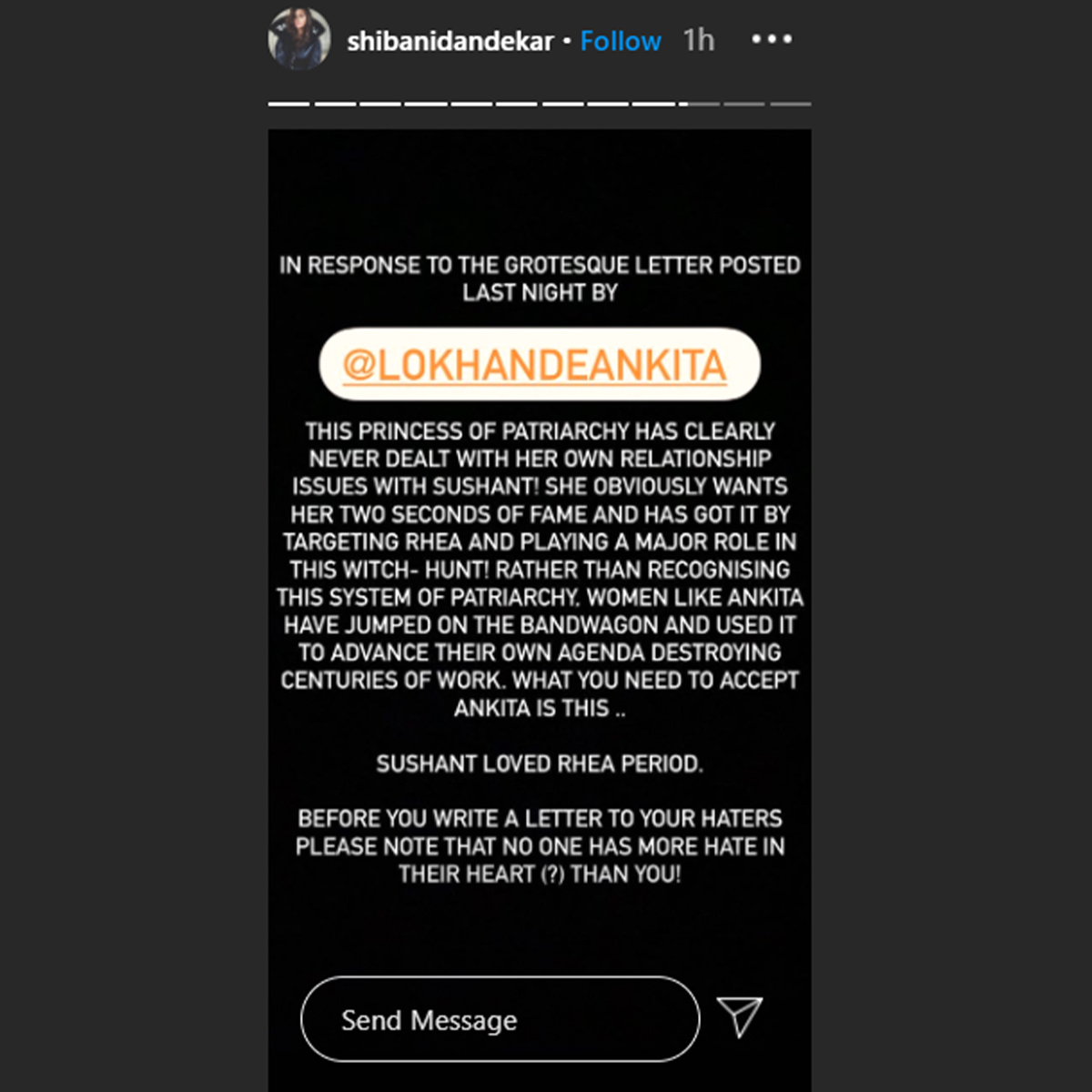 Shibani, who had in her earlier dig, not tagged Ankita, did tag her in her post where she called Ankita a "Princess of Patriarchy' and claimed that Ankita, who had issues with Sushant during her relationship with him, wanted her "two seconds of fame" by taking part in this "witch-hunt". She also asked Ankita to get it straight that "Sushant loved Rhea period." and that "no one has more hate in their heart than you." We wonder what Ankita has to say to this.

(The above story first appeared on LatestLY on Sep 10, 2020 12:50 PM IST. For more news and updates on politics, world, sports, entertainment and lifestyle, log on to our website latestly.com).