Speaking to Beyond Bollywood, Sooraj Pancholi clarified rumours linking him to late Disha Salian and spoke about not knowing her at all. 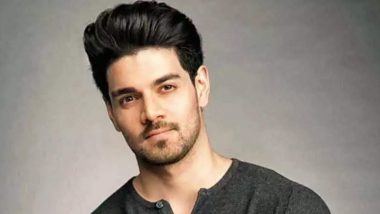 Speaking to Beyond Bollywood, the actor spoke about not knowing Disha Salian at all. He said, "I don’t even know Disha. I never met her in my life. I only knew about her after her death, and then later Sushant’s death, that too through social media. I’d never interacted, don’t know what she even looked like.”

The actor also mentioned how it's completely insensitive to make such stories. In the same interaction, he said, " “It is inappropriate to talk [like this] about people who are no longer there. Think about the girl’s family, her brother and sister, and what they are going through right now. It is disheartening not because they are writing about me but you are writing this about someone who is not there anymore."Sushant Singh Rajput Was the Most Searched Keyword on Google in India for the Month of June.

It all started after bogus social media accounts shared posts alleging a connection between Sooraj and Disha. The actor who is being tried in late girlfriend Jiah Khan’s suicide case began trending last night after a few social media posts went viral.

(The above story first appeared on LatestLY on Jul 03, 2020 09:02 PM IST. For more news and updates on politics, world, sports, entertainment and lifestyle, log on to our website latestly.com).