Supriya Pathak Birthday Special: Five Movies Of The Legendary Actress That Are A Must Watch 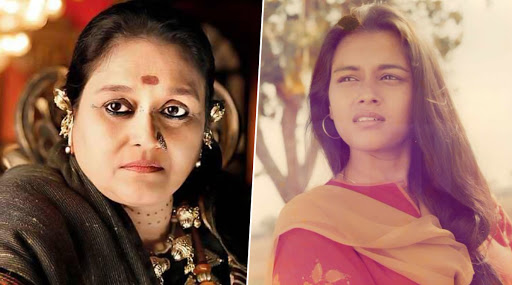 Supriya Pathak is now more familiar as Hansa from the Kichidi series and rightfully so. Her flair of being the dim-witted wife of an equally challenged man like Praful won a lot of accolades. Comedy isn't an easy task but Supriya Pathak did it without batting an eyelid. But today we will not talk about her Hansa abilities but her flair as a talented film actress. Pathak began her career in movies and that too with Shyam Benegal's spin on Mahabharat Kalyug. Supriya Pathak Reveals How the Late Sridevi Made Her Imitate Hansa on a Flight Three Years Ago

Pathak is the second daughter of the legendary Dina Pathak and a dressmaker father who is known to have styled Rajesh Khanna. So you can say that acting was in her genes but she was the reticent, quiet type which she admitted herself. But as she started doing better and better roles, she found her calling in it. To prove to you how this woman bettered herself with every movie she did (which is such a rarity), here' re five movies that you need to watch.

As we mentioned, Kalyug was Shyam Benegal's take on Mahabharat and marked Supriya Pathak's debut. She played Subhadra, the lovely, sweet wife of Arjun played by Anant Nag. Her portrayal was so innocent and honest that she walked away with the Filmfare Award for Best Supporting Actress in her first film.

Bazaar had haunting melodies and one of them which was picturised on Pathak was 'Dikhai diye'. It's is a love ballad, a harmony that will stay long with you once you are done hearing it. Supriya looks so smitten by the words and the melody in the song that it's beautiful. She played a naive and besotted girl who pays the price of her beauty. That won her yet another Best Supporting Actress award, the one she cherishes more.

A small role and in a movie headlined by the inimitable Smita Patil, yet you remember the rebellious Radha or Supriya Pathak. She had put in such fire in her character of a girl who doesn't stop loving a man above her caste despite her father's beatings. It was such a refreshing contrast from the docile roles she played in the initial years.

Supriya Pathak as a mother would be so lovely to have, at least that's what we felt when we saw Wake Up Sid. She was learning English in the film so that she can hang out with her son played by Ranbir Kapoor. It such a sweet character!

Supriya Pathak in a negative character is unlike anything we have seen before. She was deliciously evil and we are so glad she was. What a performance it was! Never thought Hansa could be this menacing!