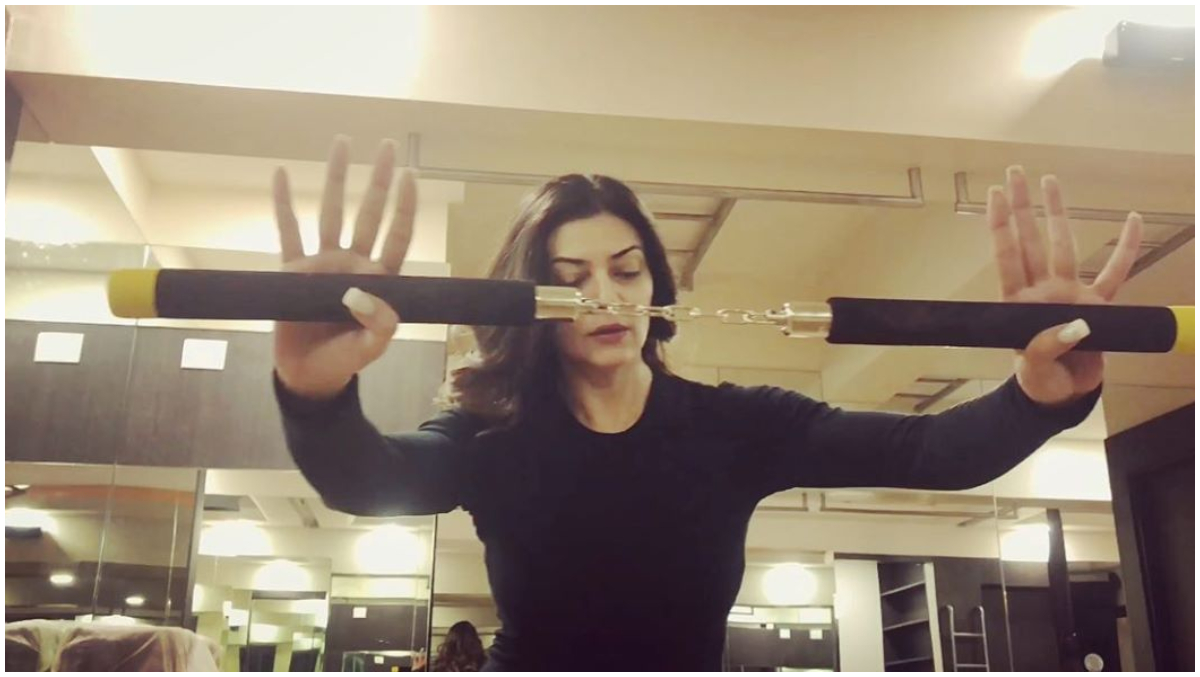 In an interview with Rajeev Masand in 2019, Sushmita Sen revealed the big reason behind her sudden disappearance from the industry. She said that she battled a life-threatening disease. Back then, she did not reveal what she was suffering with, but, today, she felt comfortable enough to share her story with her fans. She took to YouTube to share a video of her practising meditation with nunchaku and shared that she was diagnosed with a rare auto-immune condition called Addison's Disease in September 2014. Sushmita Sen Has a Mind-Boggling Reason For Not Following Anyone On Instagram and It Has To Do With Her Fight With Life-Threatening Adrenal Crisis.

Sushmita wrote in the caption: "It left me feeling like, I had no fight left in me...A fatigued body filled with immense frustration & aggression. The dark circles under my eyes can’t even begin to explain the dark times I endured for 4 long years :) To have steroids substitute cortisol & to live with its innumerable side effects took its toll,"

Sushmita added that there's nothing more tiring than living with a chronic illness. "I had to find a way of strengthening my mind, allowing my body to follow suit. I meditated with #Nunchaku :))," she said. In the video, she showed us her skills with the nunchaku. She is quite good at it.

Addison's Disease is caused by damage to adrenal glands, which results in not enough production of cortisol  and aldosterone hormones. Sushmita concluded by saying that her adrenal glands "woke up".

"Aggression out, fight back in & pain turned into an art form :) I healed in time, my Adrenal glands woke up, no more steroids, no withdrawls & NO AUTO IMMUNE CONDITION as of 2019," Sushmita concluded.

On the work front, Sushmita will be seen in the Disney Plus Hotstar web-series, Aarya. She finished dubbing for the show during the lockdown from her home.