Swara Bhasker in her recent interaction said, "Audiences have to factor themselves in, and their own consumption patterns.” She wanted to emphasise on how audiences' movie-going choices ultimately affect the success of an outsider or an insider in the industry. 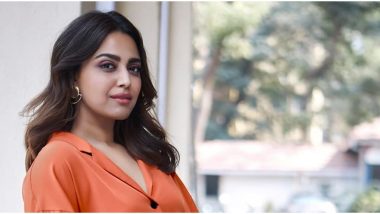 Sushant Singh Rajput's tragic demise ignited the nepotism debate once again in Bollywood film industry. While netizens were quick to blame Karan Johar, Salman Khan, Ekta Kapoor for promoting the 'N' word and question why outsiders aren't welcomed in B-town, Swara Bhasker has now raised a valid point. She insists on how audiences need to be more careful in their movie choices and also emphasises on what crucial role they play in the success of an outsider in this field. Rasbhari: Swara Bhasker's Web-series on Sexual Awakening Gets Downvoted on IMDB to Reflect a Poor Rating.

Swara in her recent interaction with Newslaundry said, “Audiences have to factor themselves in, and their own consumption patterns.” Questioning their love for outsiders, she asked, "If you have so much love for outsiders, watch our films in theatres. It’s great that you’re raging on Twitter and all that is lovely, but just look at the box office collections of Rajkummar Rao’s Trapped, Irrfan’s Karwaan, Nawaz’s Motichoor Chaknachoor, my Anarkali of Aarah, Sushant’s Sonchiriya..."

The Raanjhana actress further compared the box office collections of the above movies with that of the ones that starred star kids. "Look at the box office collections of Dhadak, Heropanti, Student of the Year (one and two, and two didn’t even work). Compare that and tell me, who is interested in watching star kids,” she said. The actress further gave her two cents on how accusing a particular group of people won't help this situation. "This kind of individual name-calling is not a helpful conversation is not helpful at all. The way to talk about this is to actually go deeper and look at the structural issues,” she added. Swara Bhasker on Her Web-Series Rasbhari: It Reflects Some Very Important Issues in the Society Which We Do Not Discuss Aloud.

Meanwhile, Bhasker is glad that OTT platforms are able to recognise real talent. "For example Paatal Lok and Jaideep Ahlawat. It was a rediscovery. Finally, he has the recognition for his talent," she said.

(The above story first appeared on LatestLY on Jul 16, 2020 05:49 PM IST. For more news and updates on politics, world, sports, entertainment and lifestyle, log on to our website latestly.com).