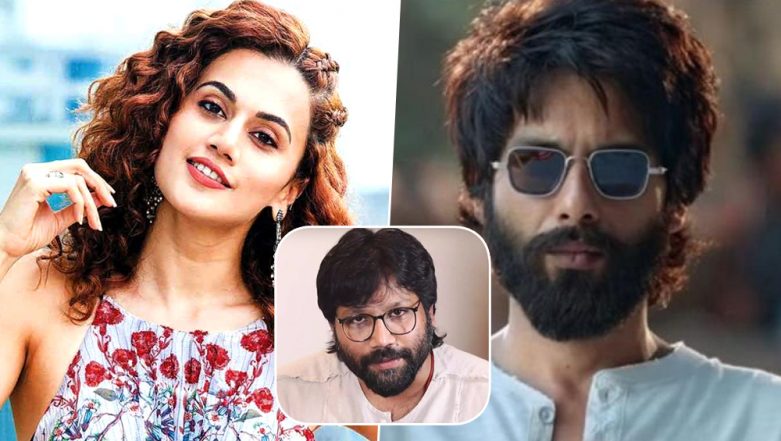 Shahid Kapoor and Kiara Advani starrer Kabir Singh has managed to grab more attention that they expected. The viewers were divided over the film's plot and also director Sandeep Vanga Reddy's views on 'how a relationship between a couple should be.' Sandeep justified the physical violence between the couple saying, "if a man cannot slap or kiss a woman whenever he likes, there's no love and passion". In a series of tweets, actress Taapsee Pannu took a dig at him and the trolls who trolled her for it. Saand Ki Aankh Teaser Video: Taapsee Pannu and Bhumi Pednekar's Badass Avatar as Sharpshooters Gets Hailed by Netizens.

The Game Over actress had tweeted as a reaction to a news report of 19-year-old girlfriend's head, due to her 'character.' She wrote, "Or maybe let’s just say they were madly in love with each other n this ‘act’ was to validate his TRUE love for her." Definitely, it was written in a sarcastic manner but some of them failed to notice the underlying tone. After getting trolled for making a point using the news report, she slammed them saying, "I hope whoever “schooled” me went to a school where they teach the difference between ‘sarcasm’ and ‘sarcastic humour’ #NewsForBrainless." Check out her tweets below.

I hope whoever “schooled” me went to a school where they teach the difference between ‘sarcasm’ and ‘sarcastic humour’ #NewsForBrainless https://t.co/hnud3dhsop

Statutory warning: people with no sense of sarcasm kindly ignore me n my tweet. Thank you , it was nice not knowing you 🙏🏼 https://t.co/OhIeOd6ZYf

Or maybe let’s just say they were madly in love with each other n this ‘act’ was to validate his TRUE love for her. 🤷🏻‍♀️ https://t.co/BGmhA7XHyM

This is not the first time that Taapsee used a tweet to her defense. She was recently called as the 'sasti copy of Kangana Ranaut' by latter's sister,  Rangoli Chandel. Taapsee had appreciated the trailer of Judgementall Hai Kya without mentioning Kangana's name in the tweet. However, Taapsee took a dig at Rangoli by reacting on a tweet by Varun Dhawan on the teaser of Saand Ki Aankh, "Arre Varun but u have not written our names y no appreciation for us ??? Why why why?." Well, looks like the curly-haired actress is in no mood to take the mindless trolling lightly.