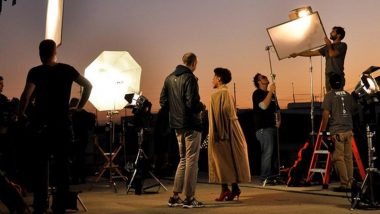 The fifth phase of lockdown will be implemented on June 1 but this time there are a lot of relaxations nationwide. As per the guidelines issued by the Ministry of Home Affairs, apart from containment zones, lockdown will be eased down. It will be done in a phased manner as well. It also mentions how the Government will consider opening up cinema halls in the third phase on the basis of the assessment of the situation. West Bengal Government has however given permission for Television and Cinema production to begin. Unlock 1: Cinema Halls Likely to Open In Phase III, Dates To Be Decided Later

The notice mentions that indoor and outdoor activities related to TV and cinema production, barring reality show production, including web and OTT platforms, with not more than 35 persons are allowed.

Earlier too, the West Bengal Government had allowed post-production work in studios. It had also directed for the shoots to begin from May 21 in 'clean areas'. State Governments have been given the liberty to issue their own guidelines depending on the situation there.

(The above story first appeared on LatestLY on May 30, 2020 09:19 PM IST. For more news and updates on politics, world, sports, entertainment and lifestyle, log on to our website latestly.com).