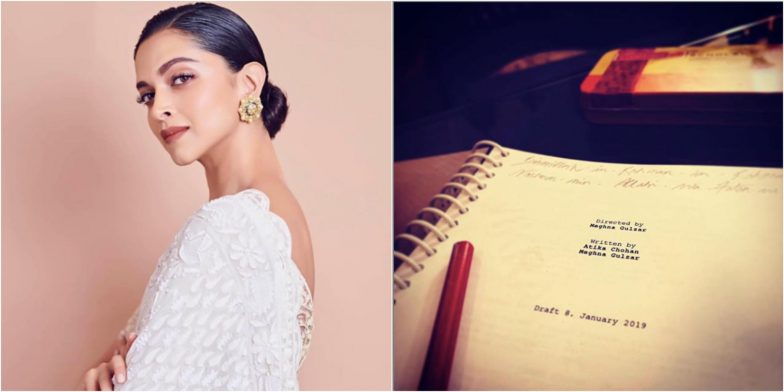 Actress Deepika Padukone is all set to star in Meghna Gulzar's next film titled Chhapaak and will also foray into production for the first time. The film is based on the real-life story of an acid attack survivor, Laxmi Aggarwal. It looks like the film's pre-production has finally been wrapped up and it is expected to start shoot from May. The crew will now finalise on the look of the characters and hence the film is expected to go on the floors full-fledged by mid-2019.

Chhapaak has been penned by Meghna Gulzar whose filmography already includes two great films, namely Raazi and Talvar. Ever since the announcement of Meghna and Deepika working on a project together hit the stands, fans have been eagerly waiting to see how the two talented ladies bring this special story. Meghna Gulzar Starts Prepping for Deepika Padukone's Chhapaak, Shares Picture from The Set.

Apart from Deepika Padukone, actor Vikrant Massey has also been confirmed to be a part of the film. The Mirzapur actor recently took to social media to share a picture of the script of the film. He wrote, "And the countdown begins ✨."

Meghna has been posting about the film's pre-production prep and it looks like things have been sorted. The director did share a few pictures with her crew on Instagram and hence it look like we may get a glimpse of the look tests of the characters soon.  Deepika will be co-producing the film along with Fox Star Studios, the release date of the film is yet to be confirmed.