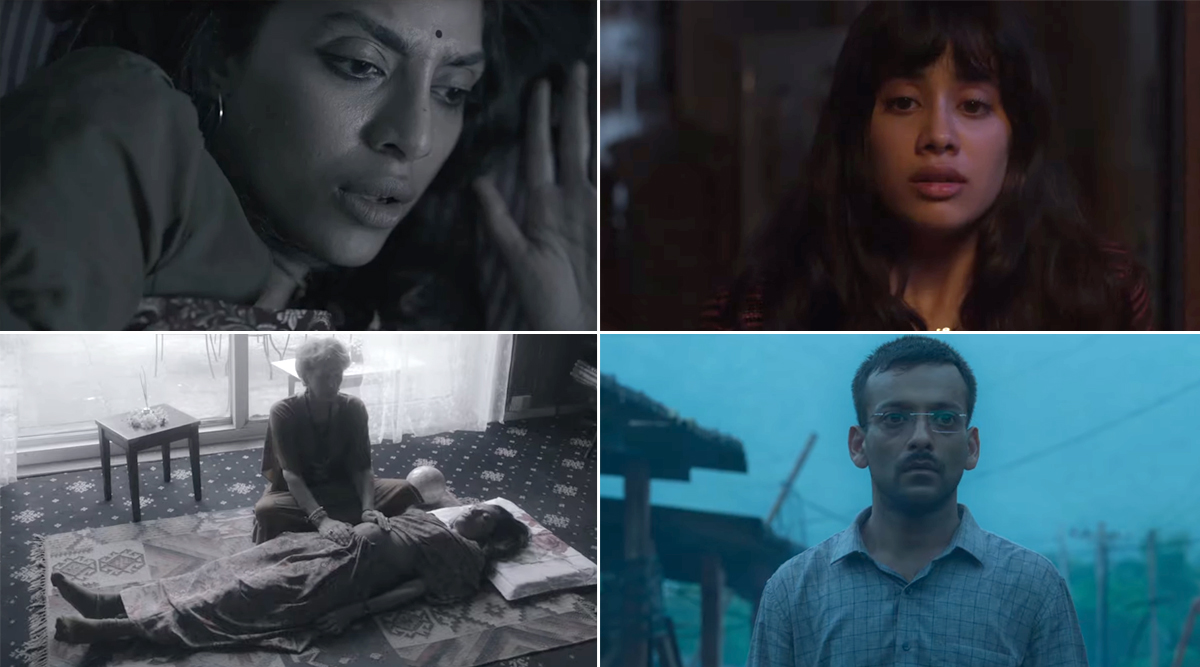 Netflix is back with another spine chilling content, this time with anthropology, Ghost Stories. The film is releasing in 2020, starring a plethora of stars including Janhvi Kapoor, Mrunal Thakur, Avinash Tiwary, Raghuvir Yadav, Sobhita Dhulipala, Vijay Varma and Pavail Gulati. The four-part film is helmed by Karan Johar, Dibakar Banerjee, Zoya Akhtar and Anurag Kashyap. The makers released the teaser of the film and we must say that we are impressed by it!

In the video released, we see intense scenes into its and pieces. The video has the scary sounds that we mostly find them in the signature horror movies. We also see things like old photographs, staircase, creaky doors, abandoned trees, black magic etc. Check out the teaser below:

Earlier, Lust Stories and Bombay Talkies, the four directors teamed up for the supernatural stories. The genre has always been in one of the favourite genres of the cine-goers. Unfortunately, in past few years, Bollywood has not churned out many good horror films. The last one from the bunch was Rajkummar Rao-Shraddha Kapoor starrer Stree. However, with Ghost Stories, we can totally expect some goosebump worthy stories by the looks of the teaser!