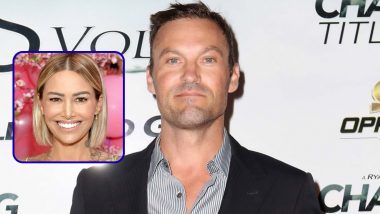 American actor Brian Austin Green was spotted on a lunch date with Australian model Tina Louise on Tuesday, following actor's split from actor Megan Fox. According to TMZ, the 46-year-old actor was spotted on a lunch date in Melrose with model Tina Louise. Louise has been the cover girl for Maxim, and a ton of other magazine covers over the years. As the outlet reported, the outing definitely looked like a classic Los Angeles lunch date. Keanu Reeves and Girlfriend Alexandra Grant Spotted in Germany Ahead of The Matrix 4 Shoot.

As per TMZ, in the beginning, it was a would-be lunch date, as the couple were trying to head into 'Sugar Taco', which wasn't open when they hit the restaurant. So instead of having lunch, they did a lap around the block together. Eventually, the two did eat and left together.nThe outlet tried asking Green if Louise was his new girlfriend, but he wasn't in the mood to talk about his love life all that much.nBut, the 'Beverly Hills, 90210' star dished on was how other bachelors should navigate the pandemic dating scene these days. Jennifer Aniston Flaunts Her Rarely-Spotted ’11-11′ Tattoo During Her Chat With Friends Co-Star Lisa Kudrow

Previously, the 'Domino' star was spotted on lunch a few weeks ago with singer-songwriter Courtney Stodden, after his split with Megan Fox, whom Green was married to for 10 years.nThe two were spotted about a few times since the Green's split, and since Stodden's divorce from actor Doug Hutchinson was finalised in March. Green and Stodden are reportedly just friends, though, had been discussing future music collaborations together.