Megan Fox and Brian Austin Green first met on the sets of Hope & Faith. It was in 2004 when the duo started dating each other. Megan Fox had earlier stated that Brian was hesitant to get into relationship due to the age difference between them. 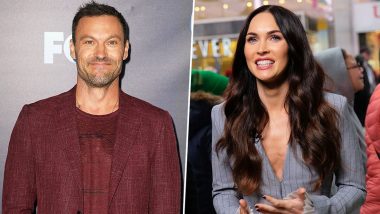 Megan Fox and Brian Austin Green first met on the sets of Hope & Faith. It was in 2004 when the duo started dating each other. Megan Fox had earlier stated that Brian was hesitant to get into relationship due to the age difference between them. Megan was 18, whereas Brian was 30 when they first met. They did have an on and off relationship. In 2006 the couple got engaged and then broke up in 2009. Megan and Fox again announced their engagement in June 2010 and on June 24 the two tied the knot on the island of Hawaii. Timothée Chalamet and Lily-Rose Depp Part Ways and all the Single Ladies Can Now Enjoy a Happy Dance.

In August 2015, Megan Fox and Brian Austin Green announced that they parting ways and the former had filed for divorce from Brian. A year later they reconciled and the couple gave their relationship another shot. The duo has three children together - Noah Shannon Green, Bodhi Ransom Green and Journey River Green. And now in May 2020, the 46-year-old actor Brian has confirmed that he and Megan are parting ways after their 10-year-old marriage. On May 18, Brian on his podcast, ‘…With Brian Austin Green’, announced that they both have been separated for months.

About the split, Brian Austin Green stated, “It's not something you go into a marriage considering.” Brian also shared about the dream he had about Megan and he parting ways and how he had shared about it with her to which she replied saying that things were fine. Brian stated, “About three weeks into her being gone and shooting, I had a dream, which most people dream, but I don’t ever remember my dreams. But, I had this dream that she came back from work, and that we were distant, that things were off, that things were weird.”

Brian Austin Green also revealed about Megan Fox stating how she felt a better when she was alone. About it he further stated, “(Megan said) You know, I realized while I was out of the country working alone that I feel more like myself, and I liked myself better during that experience, and I think that may be something worth trying for me.” Brian stated during the podcast, “I will always love her and I know she will always love me and I know as far as a family what we have built is really cool and really special.” Rumours of Brian and Megan’s separation started doing rounds after a picture of the latter with Machine Gun Kelly hit the internet. Johnny Depp Allegedly Assaulted Amber Heard As Per a Leaked 911 Call Recording.

“I’ve never met him, but Megan and I talked about him and they’re friends at this point. And from what she’s expressed, he’s a really just nice, genuine guy. I trust her judgment. She’s always had really good judgment,” said Brian Austin Green about Megan Fox’s equation with Machine Gun Kelly. He further added, “I don’t want people to think that (they) are villains or I was a victim in any way with any of this — because I wasn’t.” Brian also mentioned, “It sucks when life changes and something that you're used to, that you’ve been doing for 15 years, you try and not get rid of but you change.”

(The above story first appeared on LatestLY on May 19, 2020 09:10 AM IST. For more news and updates on politics, world, sports, entertainment and lifestyle, log on to our website latestly.com).