Jonathan Majors is garnering praises for his role in Lovecraft Country. Now, adding another feather to the cap, the actor has landed a major role in the upcoming Ant-Man 3 movie. 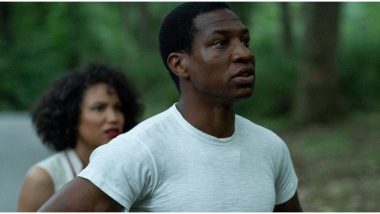 Jonathan Majors is garnering praises for his role in Lovecraft Country. Now, adding another feather to the cap, the actor has landed a major role in the upcoming Ant-Man 3 movie. The movie will feature Paul Rudd and Evangeline Lilly playing the roles of Ant-Man and Wasp. Not many details about the plot or the production have been made surfaced so far. As per a report by Deadline, Majors will play the time-travelling supervillain, Kang the Conqueror. Whoa! This means that we have another time travel movie upcoming in the MCU. Also, after the merger with Fox, Disney now also owns the rights to Cable, another time-travelling villain who made his appearance in Deadpool 2. Lady Gaga To Join the Marvel Cinematic Universe as X-Men's Emma Frost?

Earlier, reports suggested that Ant-Man will have many new cast members including Ant-Man's daughter Cassie. Talks of a new supervillain were also going around, Well, it will certainly be a delight to see Majors on the MCU roster.

Rick and Morty scribe Jeff Loveness is roped in to write the movie. Peyton Reed will be directing the third part. Reed has also directed the first two Ant-Man films. Chances are good that Ant-Man 3 might go on floors in Summer 2021, with an intended release of 2022. Remembering Chadwick Boseman: Watch Robert Downey Jr and Chris Evans Welcome Black Panther Actor To MCU in This Throwback Video!

Meanwhile, reports have also surfaced that Lady Gaga might be joining the MCU. Well, that will be a casting coup after roping in Angelina Jolie for Eternals. The studio is said to be pursuing Lady Gaga to play the role of Emma Frost from X-Men in the MCU.

(The above story first appeared on LatestLY on Sep 14, 2020 10:31 PM IST. For more news and updates on politics, world, sports, entertainment and lifestyle, log on to our website latestly.com).