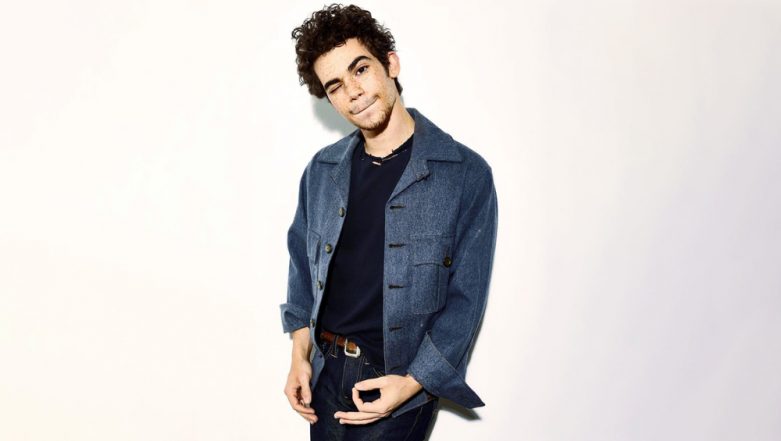 Washington D.C, July 10: American actor Cameron Boyce's family is shedding some new light on the medical condition that led to his tragic death. The actor's family said in a statement to People on Tuesday night that the Disney star's "tragic passing was due to a seizure as a result of an ongoing medical condition, and that condition was epilepsy."

"We are still trying to navigate our way through this extremely heart-wrenching time, and continue to ask for privacy so that the family and all who knew and loved him can grieve his loss and make arrangements for his funeral -- which in and of itself, is agonizing," the family added. Descendants Fame Cameron Boyce Passes Away at Age 20, Twitterati Mourn the Death of Disney Channel Star.

The actor was "found unresponsive in his home" on Saturday afternoon and pronounced dead on the scene after authorities were called, the coroner had confirmed. The family had expressed their grief in a previous statement, saying "The world is now undoubtedly without one of its brightest lights, but his spirit will live on through the kindness and compassion of all who knew and loved him.""We are utterly heartbroken and ask for privacy during this immensely difficult time as we grieve the loss of our precious son and brother," the family added.

The actor was best known for his role as Cruella de Vil's son in the 'Descendants' TV movies, and as Luke Ross on 'Jessie', which ran for four seasons on Disney Channel and starred Debby Ryan. Ryan shared a post remembering Boyce on Instagram Sunday night, sharing a video of the actor urging fans to use social media to "make the world a better place.""It's crazy, we can tweet whenever we want and we can use social media and Instagram and make the world a better place. Instead of a worse one, which so many people use it for," Boyce says in the clip posted to Ryan's Instagram Story.

The video is taken from Boyce's acceptance speech at the 2018 Thirst Gala for the Pioneering Spirit Award. The Disney star was a long-time advocate for the non-profit organisation Thirst Project, which raises awareness about the global water crisis."We need to use what we have and make the world a better place for other people, other people, people who need us," Boyce concluded.

On Monday, the actor's father broke his silence on his son's tragic death."I'm overwhelmed with the love and support our family has received," Victor Boyce tweeted, saying that the outpouring of well-wishes the family has received has helped to "ease the pain of this nightmare I can't wake up from.""I can't thank you guys enough," he wrote.

Disney also released a statement remembering the star and calling him a "remarkably caring and thoughtful person.""From a young age, Cameron Boyce dreamed of sharing his extraordinary artistic talents with the world. As a young man, he was fueled by a strong desire to make a difference in peoples' lives through his humanitarian work," a Disney Channel spokesperson said in a statement obtained by People.

"He was an incredibly talented performer, a remarkably caring and thoughtful person and, above all else, he was a loving and dedicated son, brother, grandson and friend. We offer our deepest condolences to his family, castmates, and colleagues and join his many millions of fans in grieving his untimely passing. He will be dearly missed," the spokesperson added. Plans for Boyce's memorial have not been announced yet.