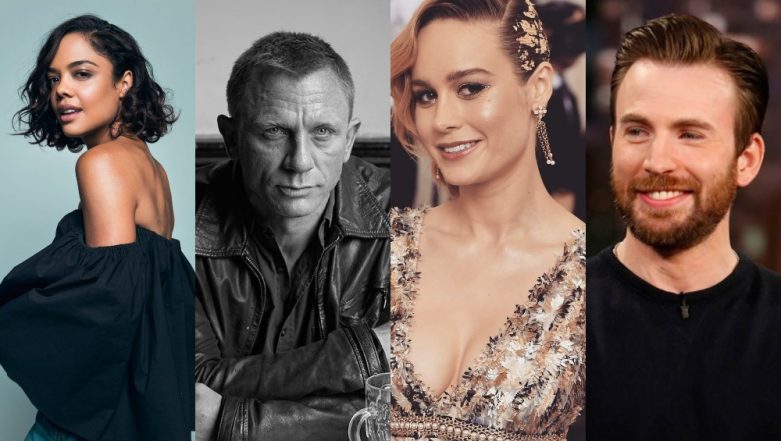 The Academy Awards has made their announcement for the first batch of celebrity presenters at the upcoming event. With so much furore over Oscar going hostless this year, perhaps the first line up of celebrity presenters might not take the heat. Interestingly, some of the celebrities who will be presenting at the Oscar are from the Marvel Cinematic Universe. Chris Evans, Brie Larson, Tessa Thompson, to name a few, have managed to bag a spot in the Academy Awards presenters' list. Considering how this is the first batch, there are high chances that the rest of the Avengers might also get a sweet spot as presenters for the Academy Awards this year.

The other celebrities who are on the list include, Awkwafina, Tina Fey, Whoopi Goldberg, Jennifer Lopez, Amy Poehler, Maya Rudolph, Amandla Stenberg, Charlize Theron, Constance Wu and Gustavo Dudamel. The official Twitter handle of the Academy Awards tweeted out the list, which you can see below.

Gustavo Dudamel and the LA Philharmonic

Speaking on the same, Oscar producer Donna Gigliotti and co-producer and director Glenn Weiss expressed how the nominees' list has resulted in widespread discussions and good attention. “The Oscar nominees have generated tremendous worldwide attention through their captivating stories, achievements and performances,” said Gigliotti and Weiss. “We want to give the public an opportunity to once again experience the moments that have moved us all. It is a celebration of our universal love of movies.”

In 2016, Priyanka Chopra was also selected by the committee to present an award at the Oscar. She teamed up with Liev Schreiber for the same. Although, since then PeeCee hasn't been approached for the presenter's role at the Academy Awards, perhaps this year might be different?