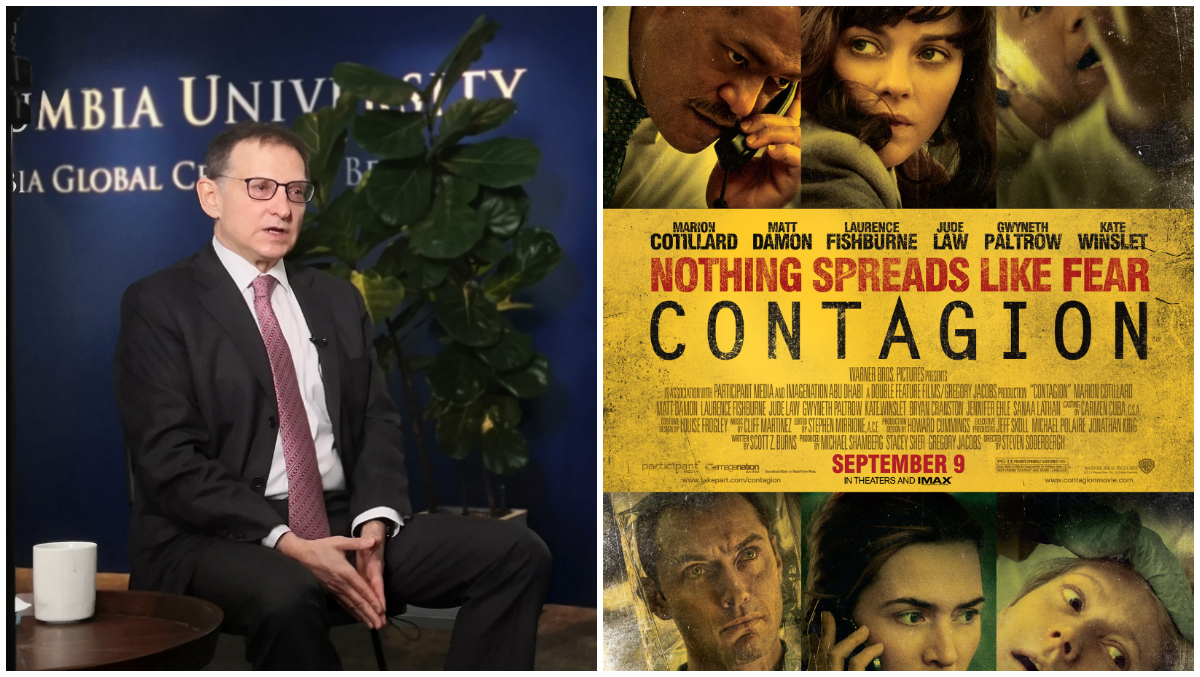 You know there the movie Contagion about pandemic has suddenly shot to mega-popularity? Now, we learn that the medical consultant on the film, Dr Ian Lipkin, has been tested positive for COVID-19. And he revealed his diagnosis on national TV. Lipkin is widely-respected and also serve as the director of the Center for Infection and Immunity at Columbia University. He advised director Steven Soderbergh and screenwriter Scott Z. Burns on the 2011 movie, Contagion. He was discussing the coronavirus pandemic on Fox's Lou Dobbs Tonight on March 24. Amid COVID-19 Outbreak, Matt Damon’s Contagion Gains Popularity; Here’s Where You Can Binge Watch the Movie Online.

Lipkin said, in between coughs, "I would like to say on this show tonight, this has become very personal to me, too. Because I have COVID as of yesterday. It’s miserable."

"If it can hit me, it can hit anybody. That’s the message I want to convey," he further added. He did not reveal how he acquired the disease saying it doesn't matter and the virus is all over the US.

"We really don’t know when we’re going to get this under control," said Lipkin, who called for harmonizing restrictions across the country. "We have porous borders between states and cities, and unless we’re consistent, we’re not gonna get ahead of this thing." He further asked everyone to practice self-isolation. Coronavirus Outbreak: From Contagion to Virus, 5 Gripping Movies That Revolved Around Mass-Threatening Epidemics.

Watch The Trailer Of Contagion Here:

As per The New York Times, Contagion was trending on top on apps like Amazon Prime and iTunes. The 10-year-old movie was on 270th rank on Warner Bros catalogue of popularity by the end of 2019. But during last week, it was on number 2, only ranking behind Harry Potter films.