Johnny Depp Accuses Ex-Wife Amber Heard of Severing his Finger By Throwing a Vodka Bottle, Shows Picture of His Injury in the Court

Johnny Depp has now claimed that Amber Heard tried to severe his finger by throwing a vodka bottle at him. He even showed pictures of his injury to the court. 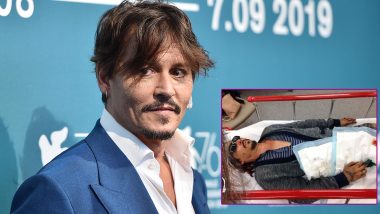 Johnny Depp and Amber Heard's legal trial began in a UK court today morning with both parties hurling accusations at each other. The actor was earlier tagged as a wife-beater and to counter her claims he has now displayed pictures of his severed finger from an injury. The actor claims, Heard severed his finger by throwing a vodka bottle at him and the pictures of his injury were submitted as proofs during his recent trial. Ex Couple Johnny Depp and Amber Heard's Pictures At London High Court Go Viral.

In court documents, the Hollywood actor blamed his former partner for being violent towards him throughout their marriage. He has also sued the newspaper who claimed and carried an article saying he's a wife-beater. The pictures submitted in the court today show him lying on a bed while a close-up shot reveals a clear image of his severed finger.

In his witness statement in the court, Depp said, "Ms Heard and I were in Australia in March 2015 while I was working on the Pirates of the Caribbean film series. There was a significant argument between me and Ms Heard on 8 March 2015 during which I sustained a severe injury. The only person who was harmed in Australia, grievously so, was me in March 2015, when, as I describe below, Ms Heard threw a vodka bottle at me that cut my finger off when the bottle exploded on the bar on which my hand was resting." Elon Musk Never Had a Threesome With Amber Heard and Cara Delevingne, Issues a Statement to Respond to Johnny Depp's Allegations. 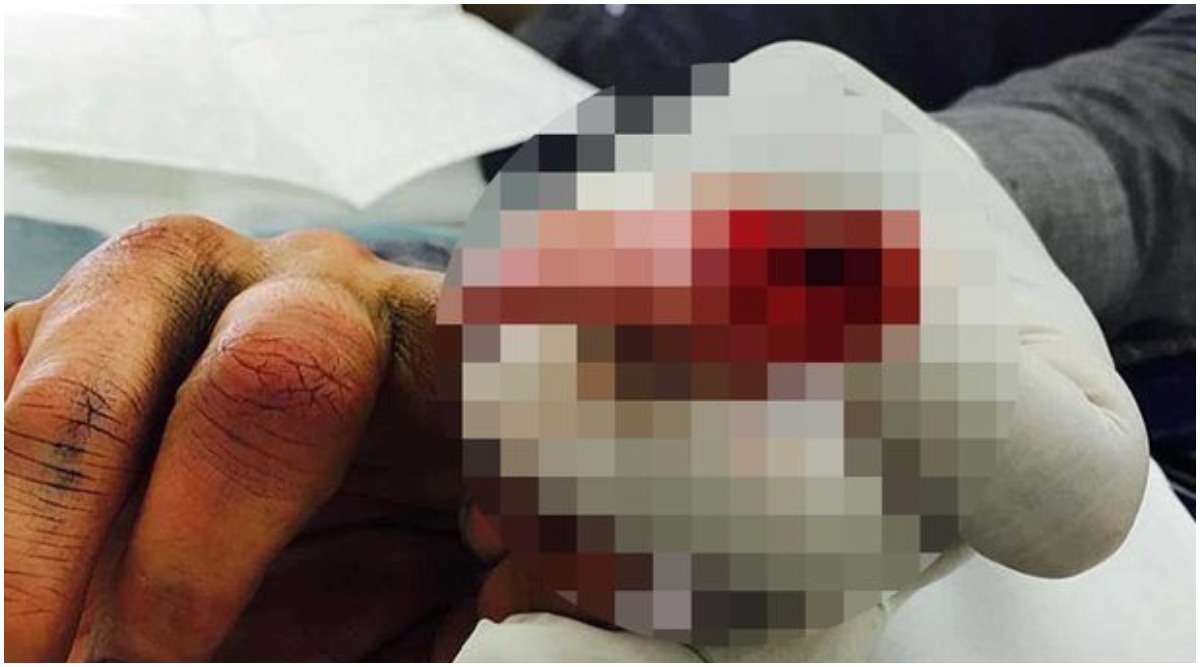 He further detailed the incident by revealing how he was under a lot of stress due to their fights and decided to pour himself a drink. "Under the stress of the situation, I poured myself a glass of vodka and drank it. It was with this glass that I broke my sobriety, but I needed it to numb the pain that I was in as a result of Ms Heard's insults and behaviour. When Ms Heard came down, she accused me of drinking again. I think I said words to the effect of 'Yeah, apparently I am drinking again.' This angered her hugely, so she walked around the bar area, took a bottle of vodka and threw it at me, narrowly missing my head and smashing into the mirror and bottles behind me at the bar," he continued.

Depp further revealed how the bottle smashed against his hand, which was resting on the marble top of the bar, severing the top of his finger and fracturing multiple bones. Later Heard proceeded to put a cigarette out on his right cheek while continuing to shout at him. Meanwhile, her version was obviously very different where she claimed Depp attacked her while high on drugs and sliced his finger off when he smashed a plastic phone. Johnny Depp Uses Quarantine to Complete His Magnificent Painting That Has Been in the Works for 14 Years (View Pic).

Depp and Heard's feud has taken many ugly turns in the recent past and has apparently cost them some meaty projects. While Depp got replaced by Margot Robbie in the Pirates franchise, there are reports that Warner Bros is thinking about replacing Heard in Aquaman sequel. An official confirmation on the same is awaited.

(The above story first appeared on LatestLY on Jul 08, 2020 12:17 AM IST. For more news and updates on politics, world, sports, entertainment and lifestyle, log on to our website latestly.com).