Matt Smith has a new girlfriend. Reportedly, the actor is in a relationship with Caroline Brady, an investment banker. Caroline is actress Millie Brady's sister. Read on. 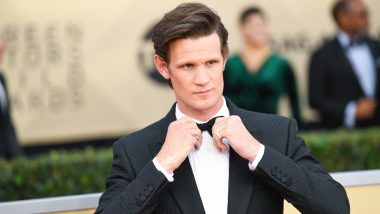 Actor Matt Smith is reportedly in a relationship with Caroline Brady, an investment banker. Caroline is actress Millie Brady's sister. A source was quoted in The Mail on Sunday's Talk Of The Town column as saying: "Last month, Millie's friends were saying excitedly that her sister is seeing Matt Smith." Game Of Thrones' Prequel House Of The Dragon Begins Production, Matt Smith Spotted At The Table Read (View Pic).

According to femalefirst.co.uk, Smith's last serious relationship was with actress Lily James. According to sources, the two had split up because of work commitments but had got back together during the lockdown. House of the Dragon: Matt Smith, Olivia Cooke Cast in Game of Thrones Prequel.

"Matt and Lily's break-up was mostly because their hectic schedules meant they could barely see each other. They kept the house together when they split because they were both barely around. But when lockdown began, they ended up isolating together. Being in the house and having no work and distractions has allowed them to reconnect and get back to a good place," a source was quoted as saying earlier. However, they parted ways after that, and now Lily is now in a relationship with musician Michael Shuman.

(The above story first appeared on LatestLY on May 23, 2021 11:25 PM IST. For more news and updates on politics, world, sports, entertainment and lifestyle, log on to our website latestly.com).