The Jammu and Kashmir government has created Film Development Fund (FDF) in the Information department for the fiscal year 2022-23, for disbursement of subsidies envisaged 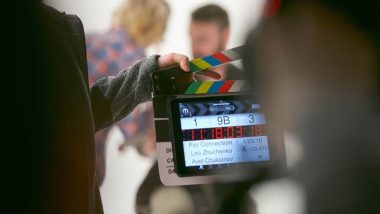 The Jammu and Kashmir government has created Film Development Fund (FDF) in the Information department for the fiscal year 2022-23, for disbursement of subsidies envisaged in the J&K Film Policy 2021. To effectively implement the ambitious J&K Film policy, the government last year allocated Rs 500 crore to be payable in the next five years for financially supporting the development of a vibrant film ecosystem in Jammu and Kashmir. This policy is valid for five years from the date of notification. Chris Stuckmann’s Shelby Oaks Becomes the Most Funded Horror Film on Kickstarter!

According to the Film Policy, "starting from fiscal year 2022-23, a separate head of account shall be created as Film Development Fund, in the Information Department and an annual budgetary allocation of Rs. 100 crore for the remainder term of the Film Policy shall be made by the Finance Department for disbursement of subsidies to the eligible beneficiaries/ film makers who have applied for the same". Emmys 2022: Entries Funded by Russian Government Barred by National Academy of Television Arts and Sciences.

Jammu and Kashmir Film Development Council (JKFDC) would be the single point of contact for supporting development of a vibrant film ecosystem in the UT and will exclusively oversee the implementation of the Jammu and Kashmir Film Policy. To ensure effective implementation of Film policy and make available relevant facilities to film makers, a Film Promotion and Facilitation Committee headed by the concerning District Magistrate (Deputy Commissioners) has been constituted at the district level.

The committee has the mandate to monitor shooting related activities and ensure stay facility in the government guest house/tourist lodge on payment basis and issuance of time bound certificate from the office of the District Magistrate (Deputy Commissioner) in respect of shooting days after the shooting is over. It will ensure prompt disposal of the grievances directed at the district level offices.

The committee takes necessary action by calling a meeting of the Film Promotion and Facilitation Committee within seven days of receiving directions from the JKFDC regarding the application. Post grant of permission by JKFDC, a Nodal Administrative Officer will coordinate with the Committee to facilitate shooting of the film till its completion.

(The above story first appeared on LatestLY on May 18, 2022 10:45 PM IST. For more news and updates on politics, world, sports, entertainment and lifestyle, log on to our website latestly.com).