Iconic filmaker Satyajit Ray's timeless classic, ‘Apur Sansar’, will be screened at the inauguration of 26th Kolkata International Film Festival (KIFF). A special tribute will be paid to the late actor, Soumitra Chatterjee, who passed away last year due to Covid-19 complications. 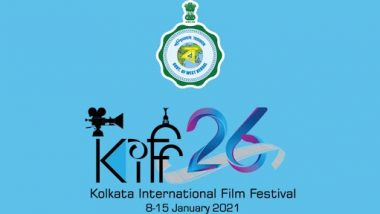 Together we will overcome this pandemic. But the show must go on. We are going ahead with #KIFF 2021 virtually, on a smaller scale. Glad that my brother @iamsrk will join us virtually at the inaugural event on Jan 8, 4pm. Watch Kolkata International Film Festival live

What is Special This Year?

What are the Competition Categories?

Who is the Chairperson of the Jury Member?

The chairperson of the Jury member is Brillante Mendoza.

What is the Movie Schedule?

A total of of 131 films — in feature, short and documentary formats — will be screened at different theatres of the city, including Nandan and Rabindra Sadan. A total of 1,170 entries from 45 countries were received, of which 131 have been selected for the film carnival, said the minister of state for cultural affairs,  Indranil Sen.

Director Anubhav Sinha will deliver the annual Satyajit Ray Memorial Lecture, an important part of the festival. This year’s topic is ‘Social Responsibility in mainstream Indian cinema’. Besides, six films of master filmmaker Federico Fellini will also be screened at the week-long festival.

(The above story first appeared on LatestLY on Jan 06, 2021 01:58 PM IST. For more news and updates on politics, world, sports, entertainment and lifestyle, log on to our website latestly.com).