Neha Sharma, one of the gorgeous actresses of Bollywood, has turned a year older on November 21. On the occasion of her birthday, let’s take a look at some of her popular films. 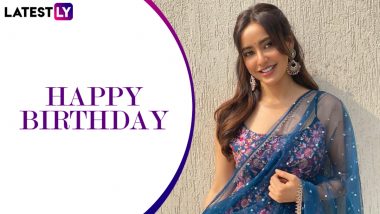 Neha Sharma, one of the gorgeous actresses of Bollywood, has turned a year older on November 21. She celebrates her 33rd birthday today and her fans have started showering her with lovely messages and thoughtful posts across social media platforms. Neha must have done only a few films, but she has left an impressive remark across industries with her impeccable performances. The 33-year-old actress has not only acted in Hindi films, but she has also featured in films in south languages too. Neha Sharma Birthday Special: A Look at Her Brilliant Style Moments (View Pics).

Besides being a wonderful actress, Neha Sharma is also a trained dancer. She has received training in the Indian classical dance form Kathak. She has also learned western dance forms such a street hip hop, Latin dancing-salsa, merengue, jive and jazz from the Pineapple Dance Studios in London. On the occasion of her birthday, let’s take a look at some of her popular films.

Chirutha – Neha Sharma had made her acting debut with this Tollywood flick that released in 2007. Directed by Puri Jagannadh, it had also marked the debut of male lead Ram Charan, opposite whom she was paired.

Crook – In 2010, Neha Sharma made her Bollywood debut opposite Emraan Hashmi with the film Crook: It’s Good to be Bad. Although the film opened to mixed reviews, Neha did gain popularity in the industry and amongst movie buffs.

Xuanzang – Not all the actresses in the industry have been lucky enough to have a Chinese debut, but Neha Sharma was certainly lucky to be featured in this Chinese-Indian historical adventure film directed by Huo Jianqi. It featured many other Indian actors too.

Solo – Neha Sharma was featured alongside Dulquer Salmaan in her Mollywood debut that was helmed by Bejoy Nambiar. It revolved around the story of four people, each story revolving around four elements.

These are some of the popular films featuring the stunning Neha Sharma. Here’s wishing her a very happy birthday and a great year ahead!

(The above story first appeared on LatestLY on Nov 21, 2020 08:43 AM IST. For more news and updates on politics, world, sports, entertainment and lifestyle, log on to our website latestly.com).