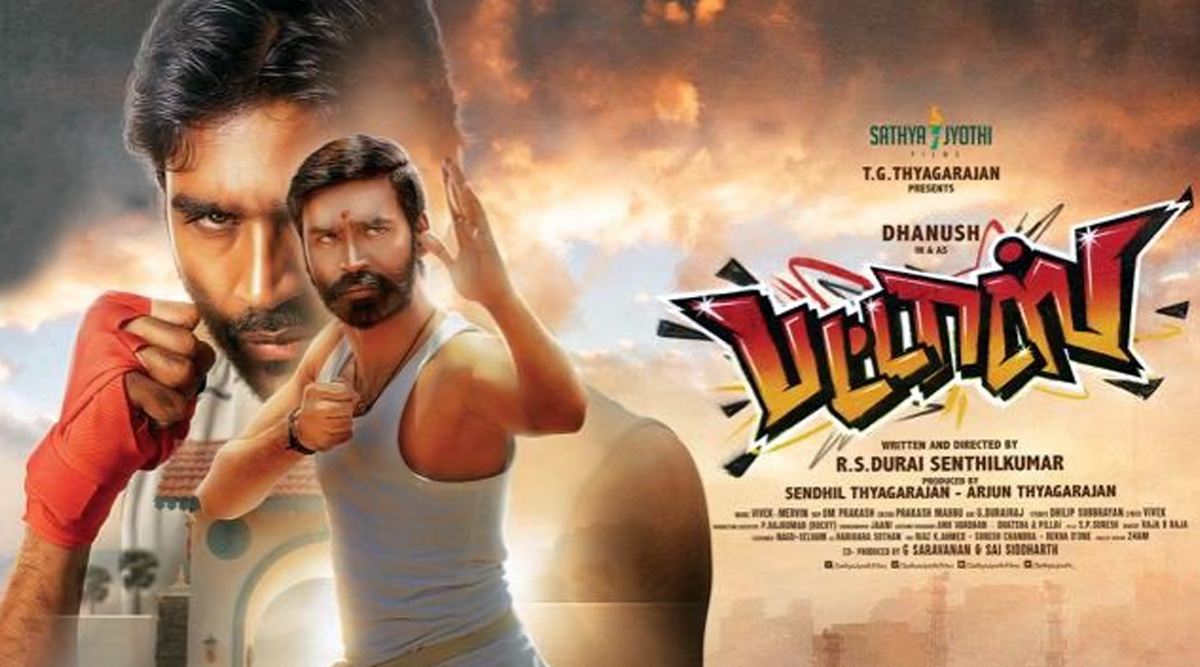 After watching Dhanush’s impressive performance in Asuran, fans are eagerly looking forward to Pattas. The film directed by RS Durai Senthilkumar, stars Dhanush, Sneha and Mehreen Pirzada in the lead. On December 14, 2019, the motion poster of Pattas was shared and it was no less than any mass entertainer. The makers kept teasing the audience by sharing intriguing stills of the lead actors, but what fans are waiting for is the film’s trailer. New Stills of Pattas Starring Dhanush and Sneha Hit Online.

According to reports, Dhanush would be playing dual roles in the upcoming flick – as a father and a son. Sneha is paired opposite Dhanush as his partner, whereas Mehreen Pirzada is paired opposite his son’s character’s role. The makers had stated on January 6, 2020 they would be making an announcement on Pattas Trailer. Well, here it is! Sharing a new poster featuring Dhanush the trailer is all set to release on January 7, 10.30 AM. The poster features Dhanush in an action avatar.  Pattas Motion Poster: Dhanush Returns with a Mass Entertainer and it Can't Get Better than This (Watch Video).

Pattas is produced under the banner of Sathya Jyoti Films. The film is slated to hit the screens on January 16, 2020. It is releasing right after the week his father-in-law, superstar Rajinikanth's film Darbar is hitting the screens. For the unversed, Darbar is releasing on January 9. There’s going to be a tough competition between Rajinikanth and Dhanush at the box office.