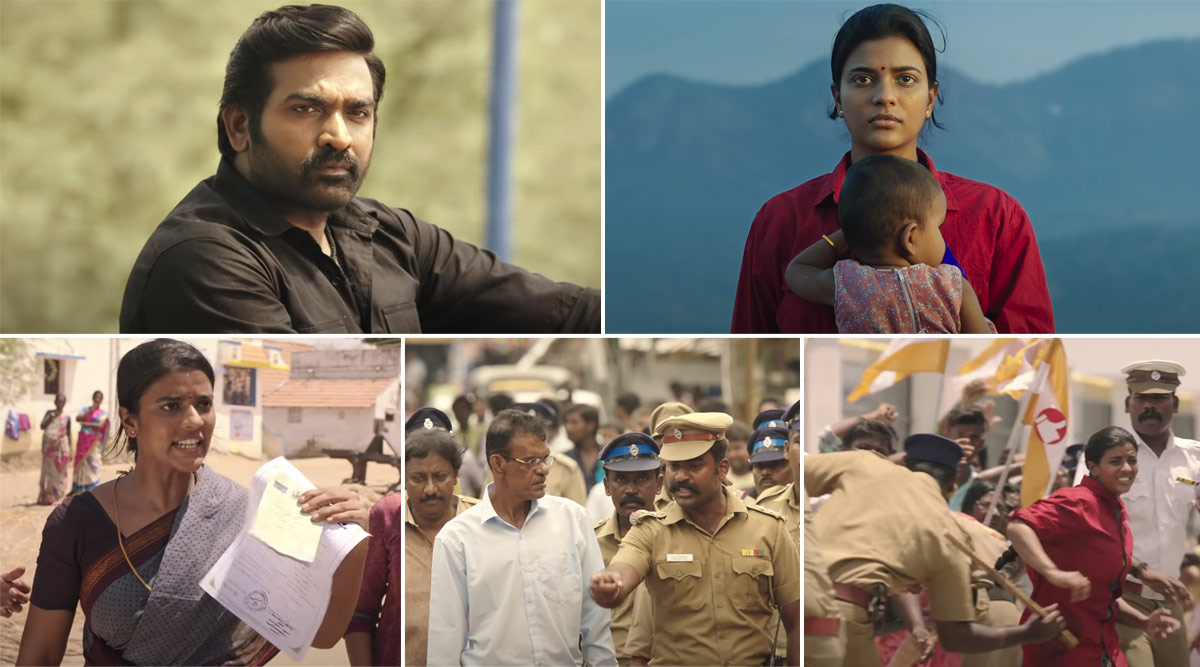 The teaser of Ka Pae Ranasingam starring Vijay Sethupathi and Aishwarya Rajesh was released by the makers on Saturday, May 23. After the first look poster of the film came out on Friday, the teaser of the film has now dropped and we have to say it looks super promising. The trailer introduces us to the lead characters of Vijay Sethupathi and Aishwarya Rajesh. The film also stars Rangaraj Pandey, Abhishek and Arunraja Kamaraj in key roles. The film is a social drama that talks about the plight of farmers and their struggles. Tamil Film Producers Council Requests TN Government to Grant Permission to Resume Shooting?

In the teaser, we see Vijay Sethupathi's character talking about the struggle of farmers and how the corporate sector and politicians turn a blind eye towards them in lieu of their profits. Aishwarya Rajesh will be seen portraying his wife in the movie and in the teaser, we see the couple standing up for the rights of farmers. The film is based on true events, will throw light on class divide and other social issues.

Check Out the Teaser Of the Film:

After watching the teaser of the film, we bet you will be intrigued to watch this film that seems to be the need of the hour given its social commentary. Kaathuvaakula Rendu Kaadhal: Vignesh Shivan Makes Valentine's Day Special by Announcing his Romantic Comedy with Nayanthara, Samantha Akkineni and Vijay Sethupathi.

The film has been directed by P Virumandi and produced by Kotapadi J Rajesh under the banner KJR Studios. Ka Pae Ranasingam's release date hasn't yet been announced given that theatres are still shut amid coronavirus lockdown. While a few South films such as Jyotika's Ponmagal Vandhal among others have gone for a straight to OTT release, there are others which are still awaiting a theatrical release.