Doesn't this breakup remind you of Priyank Sharma and Divya Agarwal? 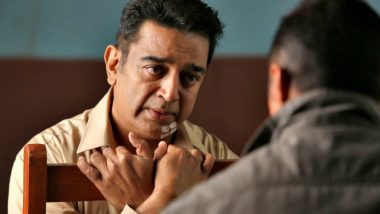 Kamal Haasan is having a very mixed year in 2018. He is very active with his political campaigning with his newly formed party Makkal Needhi Maiam. But he hasn't dropped his acting career as of yet. He was to reunite with his Indian (Hindustani for the Bollywood audiences) director S Shankar for the sequel to the 1996 film. They were supposed to start work on the film, after Shankar's delayed film, the expensive 2.0, starring Rajinikanth and Akshay Kumar, released on November 29. There were talks that Ajay Devgn would be making his Tamil debut with the film, playing the antagonist.

However, the future of the film is at stakes now and you can blame the dismal failure of Kamal Haasan's last film, Vishwaroopam 2. Written, produced and directed by Kamal himself, the movie failed to impress both the critics and the masses and was a disaster at the box office. Even Kamal Haasan's performance got criticised, something of a rarity for the multi-faceted star.

As per a report in Sify, financiers involved in Indian 2 are doubting the box office viability of the actor and therefore is waiting for the release of 2.0 to make a decision on financing the project. There were talks that Lyca Productions, one of the biggest production companies in Kollywood, was involved in Indian 2, but there is no confirmation for the same.

Kamal Haasan, as a director, is very inconsistent, but there is a really high possibility that he can flourish under the direction of Shankar. Let's hope that the film gets wheels soon!

(The above story first appeared on LatestLY on Aug 19, 2018 09:26 PM IST. For more news and updates on politics, world, sports, entertainment and lifestyle, log on to our website latestly.com).