Mammootty Starrer ‘One’ Will Not Release On OTT Platforms, Makers Confirm This Malayalam Film Will Hit The Theatres

The Malayalam film One was planned to be released on May 22. But the theatrical release had to be postponed due to the COVID-19 pandemic. 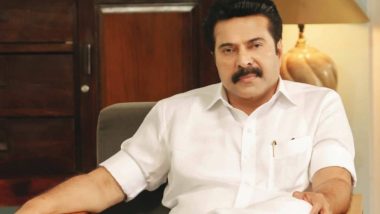 Mammootty in the Malayalam film One (Photo Credits: Twitter)

It was recently announced that five south films and two Bollywood films would be streamed on OTT platforms. This decision by the makers did not go down well with the film exhibitors. This decision by producers were taken owing to the current crisis across the globe and having no clarity when the cinema halls will be reopened. The makers have already incurred financial loss and didn’t want to risk any further and hence decided to release films on OTT platforms. This led to speculations that there would be many other south films that would get a direct OTT release and among it was Mammootty starrer One. One Teaser: Mammotty Impresses as Kerala CM Kadakkal Chandran in This Political Thriller (Watch Video).

Speculations were doing rounds that the Malayalam movie One will get a direct OTT release. Ichais Productions, under which this film is been produced, released a statement and confirmed that this Mammukka starrer will not skip its theatrical release. The statement read, “We would like to bring it to your kind attention that we are not planning to release our movie One through OTT platforms. We are looking at a theatrical release of One once the pandemic situation settles down and we get back to normalcy.” The team also expressed their gratitude towards the frontline warriors who are battling against the novel coronavirus. The statement further read, “Taking a moment to express our gratitude and respect to everyone in the front line relentlessly working to tackle the existing challenges. Until then, let’s stay united in our distances.” 5 South Movies Confirmed to Premiere on Amazon Prime Video.

Statement From Team One

The Malayalam film One is directed by Santhosh Viswanath. Mammootty will be seen playing the role of Kerala CM Kadakkal Chandran. Also starring Siddique, Nimisha Sajayan, Joju George, Ranjith and Murali Gopy in key roles, this film was planned to be released on May 22. But the theatrical release had to be postponed due to the COVID-19 pandemic.

(The above story first appeared on LatestLY on May 27, 2020 10:45 AM IST. For more news and updates on politics, world, sports, entertainment and lifestyle, log on to our website latestly.com).