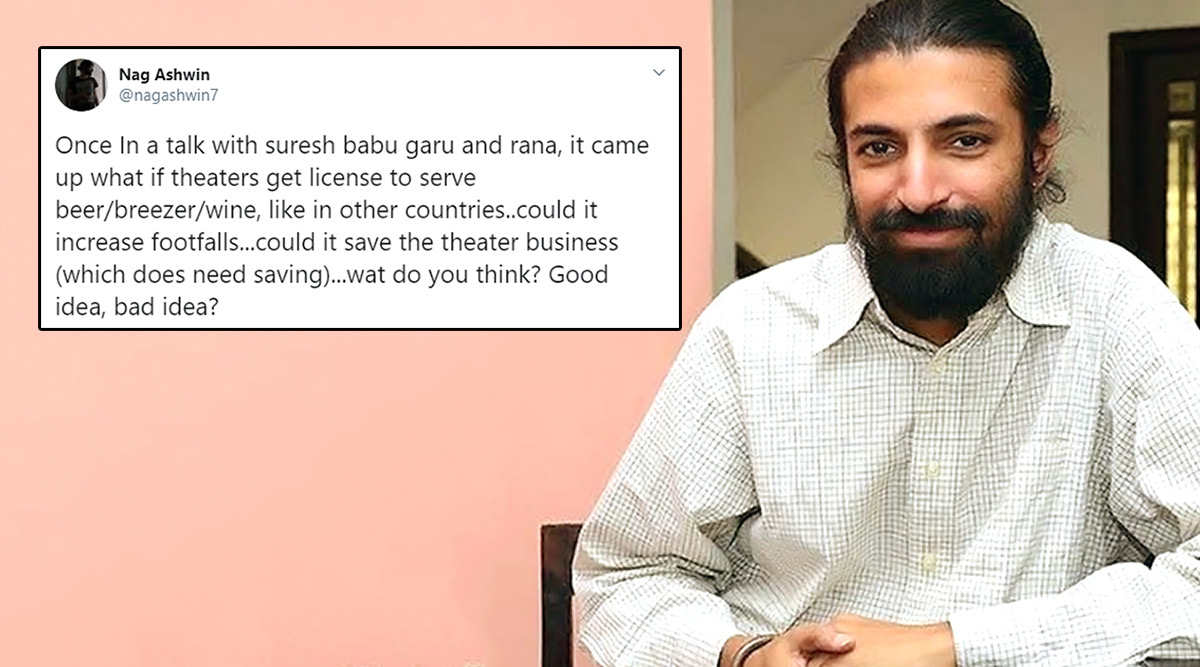 The COVID-19 lockdown has got everyone switch their ways of viewing content. The filmmakers are opting for digital platforms to release their films directly and probably will be the new norm from now on. The theatres have been closed for a long time due to lockdown and the alternate solution seems feasible to many. However, theatre owners are displeased with the decision and condition, due to the loss they are facing. Amid this, South director Nag Ashwin suggests selling alcohol in the theatres to cope up with this loss. Prabhas' Next with Mahanati Director Nag Ashwin to Go On Floors in October, Film Will Release in April 2022.

The Mahanati director wrote on Twitter, "Once In a talk with suresh babu garu and rana, it came up what if theaters get license to serve beer/breezer/wine, like in other countries..could it increase footfalls...could it save the theater business (which does need saving)...wat do you think? Good idea, bad idea?." Arvind Swamy To Play Antagonist In Prabhas' Next With Nag Ashwin?. 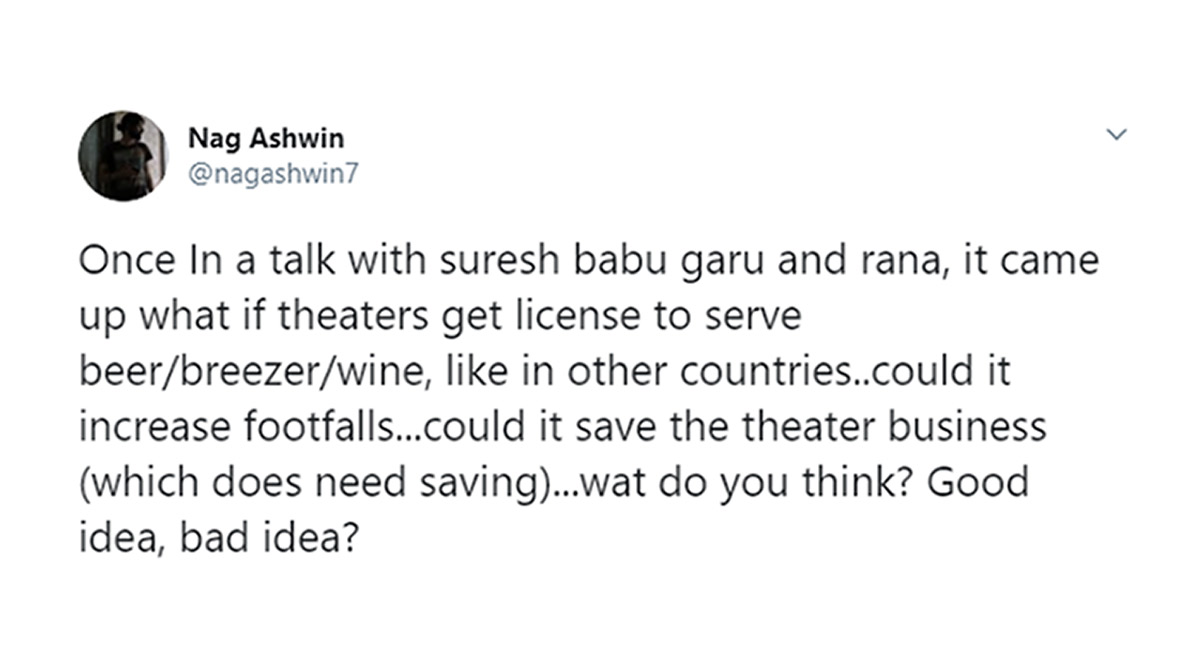 On this Twitterati was quick to tell him whether it was indeed a good idea or a bad idea! They commented saying that this would disrupt the family time at the theatres. Some also pointed out the already exorbitant rates of food items at the multiplex which need to be toned down. Here are some of the tweets.

How Much Will It Cost

I can only imagine how much they would charge for liquor. Cola costs more than ₹200 now.

Bad idea. Indian parents will not allow their teen kids and college going students to go watch a movie. While they are the biggest audience on day 1

Bad idea ... fans under alcohol in theater will be 🔥 situation for theaters to control and will take away families from theaters.

Not good idea for our country ... We are least in following rules

As such people don't care for others viewing experience and keep on chattering... And alcoholic beverages might just worsen it. It will increase revenue though..

On the other hand, the decision of shops selling alcohol to be re-opened turned out to be messy. Many celebs slammed the same, looking at the indiscipline that was showcased by the buyers, who ditched social distancing for the same. Do you agree with Nag Ashwin's suggestion?