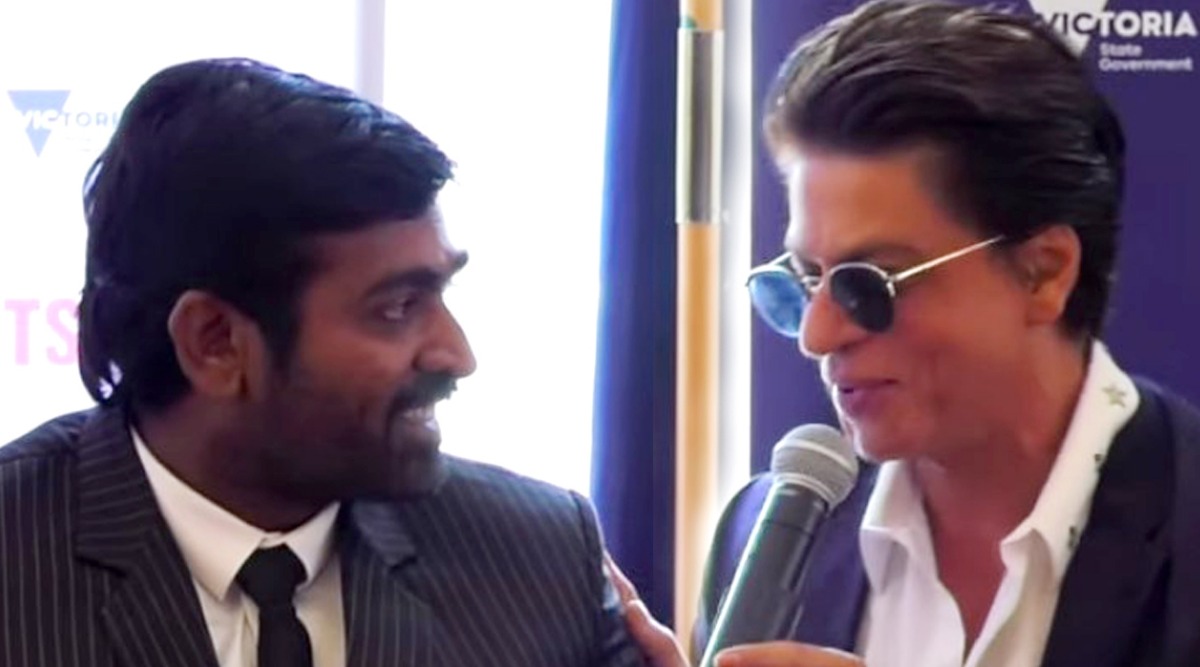 It is south superstar Vijay Sethupathi’s birthday and all his fans are showering with wishes across social media platforms. Besides sharing numerous messages and pictures of Makkal Selvan (as Vijay Sethupathi is fondly called), a video of Shah Rukh Khan praising the former is doing rounds on social media. In this video you’ll see how Bollywood’s Badshah just cannot stop singing praises about the south superstar. This throwback video of SRK and Vijay is sure to melt your hearts! Happy Birthday, Vijay Sethupathi! Actor Celebrates the Special Day with Tughlaq Durbar Team (View Pics).

This video that is going viral across social media platforms is from the 2019 Indian Film Festival of Melbourne. For the film festival several stars from Indian cinema such as Shah Rukh Khan, Vijay Sethupathi, Tabu, Karan Johar, Arjun Kapoor, Zoya Akhtar, and many others were seen in attendance. Sethupathi who played the role of a transgender in Super Deluxe won the Best Actor Award at IFFM 2019, and King Khan couldn’t stop applauding Sethupathi’s work.

During an interaction with the media, Shah Rukh Khan complimented Vijay Sethupathi. He said, “You are the most wonderful actor I’ve seen in my entire life.” This throwback video from IFFM 2019 would undoubtedly make Vijay smile. If you haven’t watched that yet, watch it now! IFFM 2019: Vijay Sethupathi Wins Best Actor Award for Super Deluxe!

Vijay Sethupathi is celebrating his 42nd birthday today. He has numerous projects in his kitty, but fans are eagerly waiting to watch him in Laal Singh Chaddha, his Bollywood debut. Vijay would be sharing screen space with Aamir Khan in this flick. Share your thoughts with us about this video in the comment section below.