The Downtown NYC Party DJ Jonas Young-Borra is Back

Before COVID-19 struck, Jonas Young-Borra was doing it all. With his Wednesday night “Please Me” party at The Dream Hotel’s Electric Room, rotating nights at Paul’s Baby Grand, The Club Room at Soho Grand and other gigs in between, he was constantly in the scene doing what he loved to do the most: bring people together through music and nightlife. 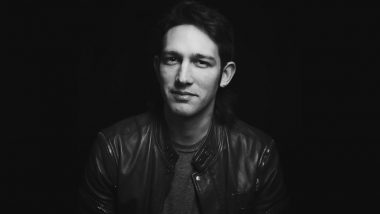 Before COVID-19 struck, Jonas Young-Borra was doing it all.  With his Wednesday night “Please Me” party at The Dream Hotel’s Electric Room, rotating nights at Paul’s Baby Grand, The Club Room at Soho Grand and other gigs in between, he was constantly in the scene doing what he loved to do the most: bring people together through music and nightlife.

And then, all of a sudden, the shutdown announcements came on March 16th, 2020.

“It was almost like someone pulled the ground out from under me” says Jonas. “I don’t think I or anyone else in the club scene was prepared for it.”

Staying in NYC for as long as he could without as he described as “losing his mind on steroids”, Jonas decided to get back to basics: working on his music while using what was available to him to stay connected.

“I saw what people were doing with online meetings and although I didn’t think the ‘digital parties’ made much sense (or gave any real experience that in-person/real life could), I did utilize the stay at home orders through information sharing collaboration.”

The idea was simple: keep people informed while informing himself - and with that, Jonas started a group for independent musicians and dj’s called Music Artists Anonymous on which each Monday, the group would meet on zoom with a different industry guest - one week it could be an A&R person from a record label, the next week a PR person and the next a radio host.

“It was really a way to stay connected with what was happening in music and nightlife and getting different movers and shakers’ opinions on what was going to come in the future.”

Although MAA kept him busy, after a few months of living through the lockdown, Jonas decided he needed to make a move for his own sanity.  Deciding to try something different, he got in his car and drove to Belleair Bluffs on the gulf coast of Florida.

“My former hairdresser lived down there.  There was a room for rent in a small house near the beach and I said, hey, let’s try it out.”

With a breath of fresh air and his removal from the lockdown and temporary isolation of NYC, Jonas was able to gain a new perspective on things.

“I started writing music again and working on my DJ sets: I knew that New York was going to come back and I wanted to be ready to bring the fun back to the parties - a hard reset to the NYC I used to love when everyone would party together, listening to great tunes in great environments.”

Sure enough, Jonas timed it right and drove back just in time for the re-opening.

“Things are coming back quickly but we haven’t even scratched the surface yet - come September, we’re really going to see a massive burst in the scene - get ready.”

Playing under his surname, Young-Borra, you can catch Jonas DJ out in Montauk at Gurney’s, at the member’s club Norwood or listen to his own original music online.

“I’ve got some great tunes out now but am really excited about my next few releases.  I’ve been starting to incorporate my own music into my sets at the clubs but the most important thing for me is to keep the vibe fun like it used to be when I was partying back in the early 2000’s: People deserve to have a great, uninhibited time listening to the best, time tested music.”