The 13 the season of one of the biggest reality shows in India, Bigg Boss, has arrived. Once again, it is Salman Khan who is returning as the host and the mentor of the contestants. 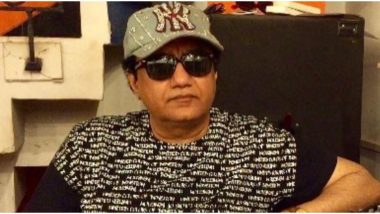 The 13 the season of one of the biggest reality shows in India, Bigg Boss, has arrived. Once again, it is Salman Khan who is returning as the host and the mentor of the contestants. After bringing in commoners as contestants for the last couple of years, this time, the showrunners are ditching the idea and restricting the competition to people with celebrity status. After weeks of speculations, we now have the (un)fortunate bunch of contestants. One of them is Abu Malik. Ahead of Bigg Boss 13, Sidharth Shukla Officially Joins Instagram! Watch His First Video Here.

Abu Malik is the younger brother of popular music composer Anu Malik, and is the father of the popular standup comedian and budding actor, Aadar Malik. While not as prolific as Anu or even the other Malik brother, Daboo, Abu Malik has composed songs for two movies in his career - the Hinglish flick American Blend, and the comedy flick, Bad Luck Govind.

Abu Malik is more known for producing more than ten thousand stage shows with popular Bollywood celebrities, across the globe. He has also written a book - Rantings of a Mad Man - which, as per certain reports, are based on some of his whimsical WhatsApp group chats. Anu Malik had launched the book in a glittery ceremony.

Here's a video from the event:

Also, unlike Anu Malik who was recently involved in a #MeToo incident, Abu has mostly steered away from conversations. Will Bigg Boss 13 change that? Let's wait and watch!

(The above story first appeared on LatestLY on Sep 29, 2019 09:16 PM IST. For more news and updates on politics, world, sports, entertainment and lifestyle, log on to our website latestly.com).