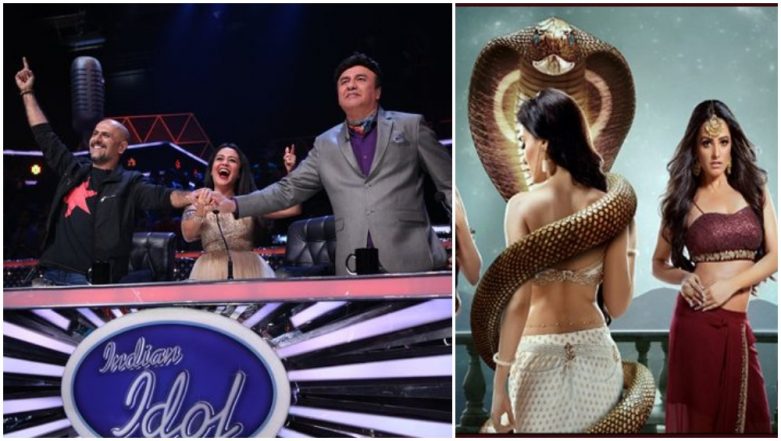 The year 2018 had quite a happening end, and the race for TRPs saw a major twist in week 52. Yes, you read that right! The last week’s data from 2018 is out and it sees major shuffling that happened in the positioning of Indian TV shows. Surbhi Jyoti's Naagin, which was in the first position ever since it's premiere, lost its throne to the grand finale of Indian Idol. Yes, The singing reality series Indian Idol 10 Grand Finale moved ahead beating all fiction and non-fiction shows. However, the finale week of Bigg Boss didn't make it to the Urban+Rural list but managed to make a mark on the Urban List on the 17th position. As now that the the BARC report of the 52nd week of 2018 is here to validate whether the show is a hit or flop, let’s take a look at which shows have been doing really well and which aren’t. BARC Report Week 51, 2018: Naagin 3 Continues to Rule While Kasautii Zindagii Kay 2 Climbs Up the Charts

In week 52’s data from the Hindi GEC Urban chart, Indian Idol 10's finale took the top spot with 8451 million impressions (MI) viewership, Naagin 3 has followed with 8148 million impressions viewership. While Kundali Bhagya and Taarak Mehta Ka Ooltah Chashmah took the third spot with 7128 MI and fourth position with 6409 MI respectively, Kumkum Bhagya was at the fifth position with 6021 MI. The other five shows that made it to the Top 10 list are Star Bharat's Radha Krishn with 5984 MI, Tujhse Hai Raabta garnering 5851 MI, Kullfi Kumarr Bajewaala with 5583 MI, Shakti - Astitva Ke Ehsaas Ki with 5501 MI and Guddan Tumse Na Ho Payega, that finished at the 10th spot with 5198 MI.