Bigg Boss 13 Contestant Koena Mitra on Her Botched Plastic Surgery: 'It’s a Part of My Story'

Koena Mitra can be seen on Bigg Boss 13. She is one of the 13 contestants on the show. The actress was a rising star in the early 2000s, but faded into oblivion after a botched nose job. In an interview, before entering the reality show, she opened up about her plastic surgery. 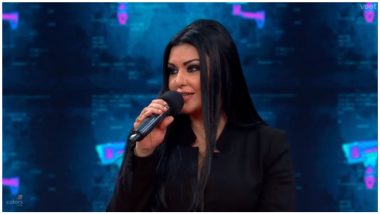 Koena Mitra has another shot at stardom with her entry on Bigg Boss 13. The actress had a good run in Bollywood in the early 2000s with movies like Musafir, Apna Sapna Money Money, etc. She, however soon faded into oblivion after a botched nose job that changed her face drastically. The actress has been vocal about going under the knife in the past. Now, as the actress takes part in India's most popular reality show, she is ought to talk about her life all over again. Before entering the Bigg Boss house, Koena spoke to the media about her plastic surgery. Bigg Boss 13: Did You Know Rashami Desai Had Once Played the Lead in a Shah Rukh Khan Movie?

In an interview with Bombay Times, Koena said that she is not the only one to go under plastic surgery in Bollywood. “This is the worst-kept story of our industry. Many have done it and many do it, but no one talks about it, as if it’s a crime or a sin," she said. Bigg Boss 13: Salman Khan Accidentally Says Katrina Kaif's Name Instead of Koena Mitra on the Premiere Episode.

Koena, further added, "It’s a part of my story, so I didn’t mind talking about it. I gave statements and that’s why yeh peecha nahi chhodta. Even though it’s been eight-nine years since, people don’t stop asking me about it. Also, why are only women trapped and attacked when it comes to cosmetic enhancement? You are fine with 60 and 50-year-old men from our industry with no wrinkles and a head full of hair looking like they have returned to their 20s!”

Bigg Boss 13 is two episodes down now. The fights inside the house have already begun. Koena has so far managed to stay away from getting her hands dirty inside the BB house. Other contestants housed with her are Paras Chhabra, Shefali Bagga, Dalljiet Kaur, Shehnaaz Gill, Rashami Desai, etc.

(The above story first appeared on LatestLY on Oct 02, 2019 10:17 AM IST. For more news and updates on politics, world, sports, entertainment and lifestyle, log on to our website latestly.com).