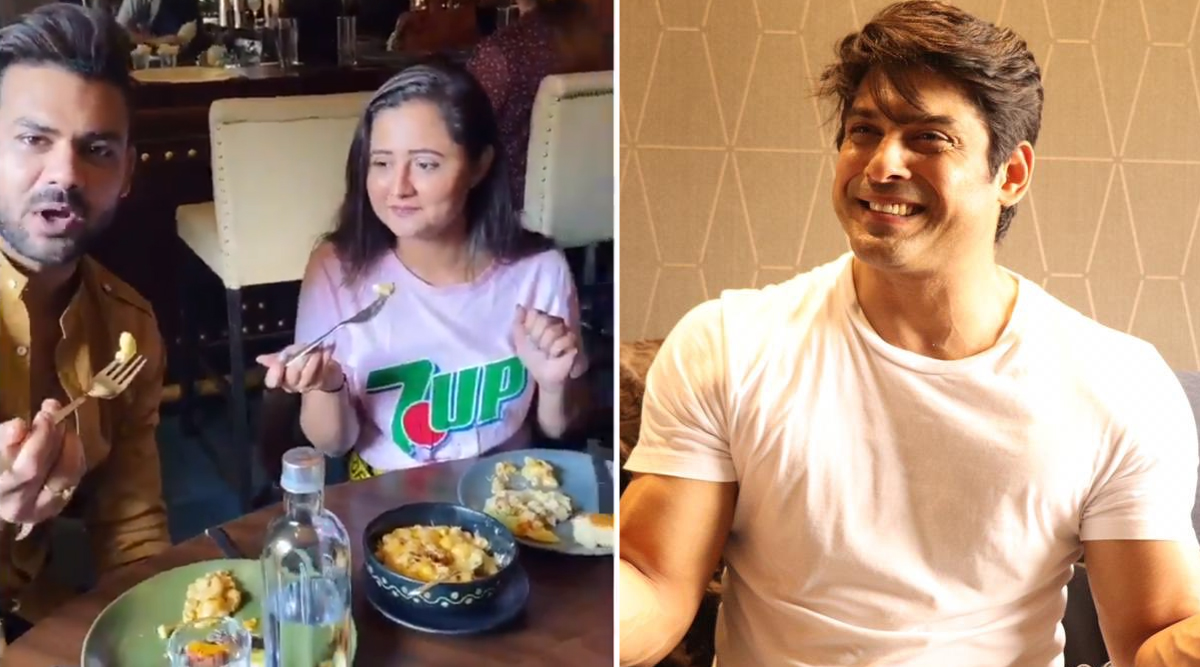 One of the most popular show reality shows, Bigg Boss 13 came to an end last week with Sidharth Shukla taking winner's trophy. Given that the show is now over, contestants are now having a great time catching up with their friends outside. Rashami Desai, who was the third runner-up in the thirteenth season was recently seen hanging out with her co-contestant Vishal Aditya Singh and the duo even recorded a fun video which they shared on social media. Not just this, they also tagged BB 13 winner Sidharth Shukla in the video and sent out a special message to him.  Rashami Desai Birthday: From Sexy to Neon-y, 10 Stylish Looks of the Bigg Boss 13 Babe Which Scream Glamour (View Pics).

In the video Rashami and Vishal were seen having a great time as they were seen relishing some good pasta together. Tagging Sidharth Shukla in the video, Rashami stated that she and Vishal are not thieves and posted a wink emoji along with it. For the uninitiated, this has a major connection to their Bigg Boss days. Rashami and Vishal had stolen pasta in the house and Bigg Boss had punished the two and the housemates including Sidharth had tagged them as 'chor'. Bigg Boss 13: Sidharth Shukla Passes a Nasty Comment on Rashami Desai, Says ‘Iske Relationships Toh Har Mahine Badalte Hai’ (Watch Video).

This video of Rashami and Vishal is sure to make fans of the reality show nostalgic and miss all the drama and fun that occurred in the Bigg Boss 13 house. Let's see if Sidharth has any special comments to make about Rashami and Vishal's 'Pasta' taunt on social media.