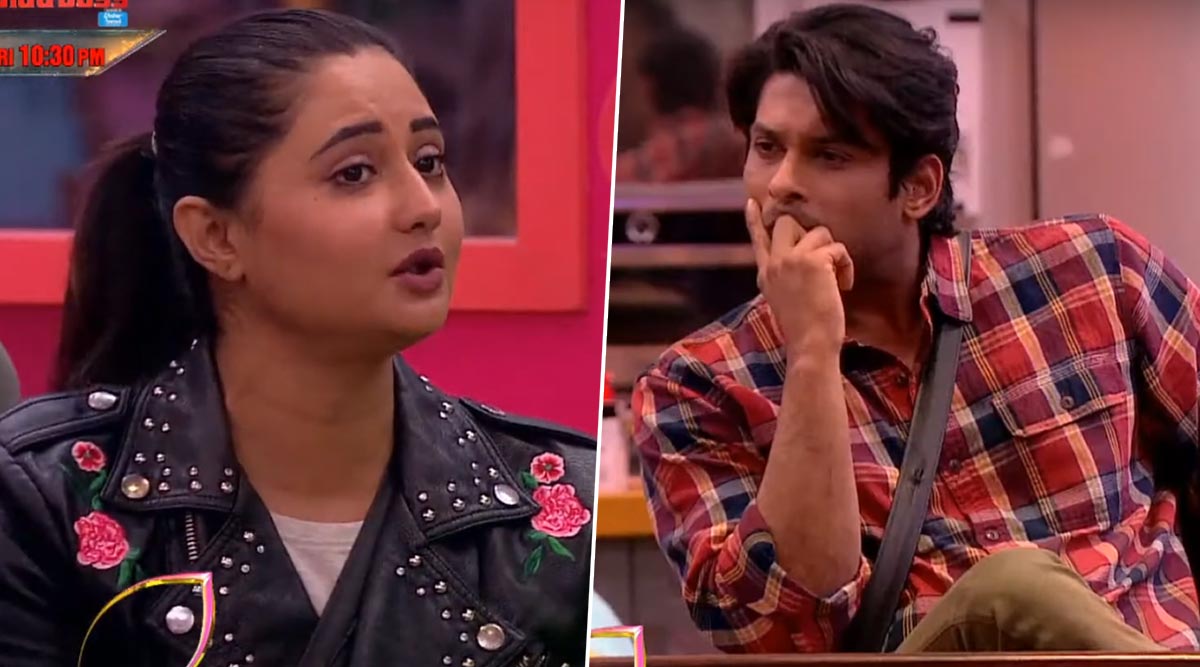 It's just a few days to the finale of the controversial reality show, Bigg Boss 13 and how come the makers not churn more TRP by adding fuel to the fire. Well, we are here talking about Rashami Desai and Sidharth Shukla. Before the two made it to the show, rumour mills had it that SidRash were a couple and it was a fight on the sets of their daily soap, Dil Se Dil Tak which led to their separation. In the initial episodes of BB 13, Sidharth and Rashami were cordial to each other, but later the two locked horns and the nation churned stories. Right from maligning each other's image to even abusing one another, Sid and Rashami have done it all. But one thing which fans are curious to know is what exactly happened between the two on the serial's set which made them dushmans. Bigg Boss 13: Rashami Desai’s Brothers Gaurav Desai and Mrunal Jain Are Thankful to the Show for Unmasking Arhaan Khan.

Further, in the same clip, we see Rashami saying that if Shukla will make fun of her, she will retaliate. Meanwhile, in other news, Vicky Kaushal is going to enter the house tonight with an aim to promote his film Bhoot and reportedly will be taking one inmate out of the show. Yep, mid-week eviction it is. Stay tuned to LatestLY for all the updates from Bigg Boss 13!