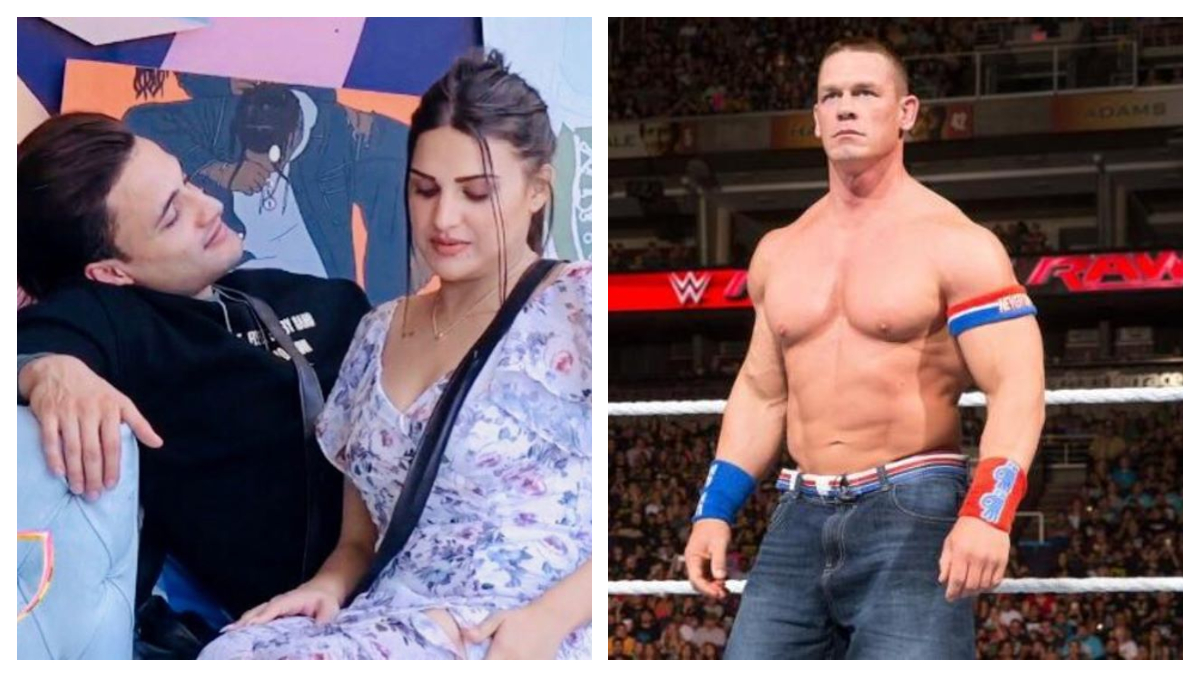 It has been a very weird season of Bigg Boss, not just the longest one. We learnt that WWE superstar John Cena might be a big fan of the 13th season of India's favourite reality TV show. And he is rooting for Asim Riaz to win. John has posted pictures of Asim twice on his Instagram page. One of the pictures even batted for him winning the show. Now, the latest goss is that John has started following Asim's love interest, Himanshi Khurana, on Twitter, along with Asim. Himanshi, who entered the house as a wildcard contestant on Bigg Boss 13, formed a close bond with Asim on the show.

Asim and Himanshi got so close that the latter called off her engagement with her fiance, Chow, after making an exit from the show. When Himanshi returned as a guest on the show, Asim proposed marriage to her.

Himanshi could contain her excitement when she saw that John Cena has started following her. She shared the news on her social media platforms with everyone.

It is not just John Cena who is a fan of Himanshi. The Punjabi actress revealed that, in 2017, Paris Hilton was totes fangirling over her on Facebook. Himanshi wrote, "This is second time pehle Paris Hilton or Ye mujhe ab pta lga my fvrt wwe star following me on Twitter  n Asim ko bhi (sic)"

Himanshi had also talked about how the housemates had once made fun of Asim for trying to be like John Cena. She had said in an interview, "I remember few housemates used to mock Asim and tease him of trying to be John Cena. Now, when they come out and will get to know that John Cena has himself posted pictures of Asim on his account, it will be a tight slap on their faces. Asim has always been mocked and insulted for trying to stay fit or exercise in the house. But see now how fitness and his journey in the house are taking him places."

Asim has become one of the top 6 finalists on Bigg Boss  13, along with Arti Singh, Sidharth Shukla, Rashami Desai, Paras Chhabra, and Shehnaaz Gill. The grand finale will take place over Saturday and Sunday.