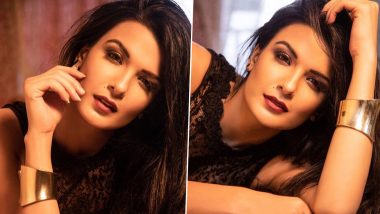 Actress Muskaan Kataria, who was last seen in Nach Baliye 9 opposite (now ex) boyfriend and actor Faisal Khan, is back in the newsstands for having been approached for the next season of the controversial Colors show Bigg Boss 14. The lady was last in the news for her explosive relationship revelations about how Faisal cheated on her twice and that too with his Chandragupta Maurya co-star Sneha Wagh. Muskaan Kataria Alleges Faisal Of Cheating on Her Twice, Says 'I Learnt That He Was Spending Time With His Co-Actor From His Show After Pack-Up'.

However, both Faisal and Sneha had rubbished those allegations. While Faisal claimed that Muskaan was only with him for fame and popularity, Sneha also claimed that he and Faisal were only friends and nothing more. EXCLUSIVE! Nach Baliye 9 Contestants Faisal Khan and Muskaan Kataria Call It Quits After 2 Years of Dating.

The dark never bothered me anyway! ✨

And while that controversy did last a long time, it has led to Muskaan being approached for Bigg Boss 14. Yes, if a report in Mid-day is to be believed, the Jaipur-based model has been approached for the controversial reality show. At the time of filing the story, Muksaan was not available for any comment.

(The above story first appeared on LatestLY on Jul 06, 2020 11:20 AM IST. For more news and updates on politics, world, sports, entertainment and lifestyle, log on to our website latestly.com).