Game of Thrones 8 Episode 4: From Oathsex to Missandei’s Death, 11 Standout Moments in ‘The Last of the Starks’ (SPOILER ALERT) 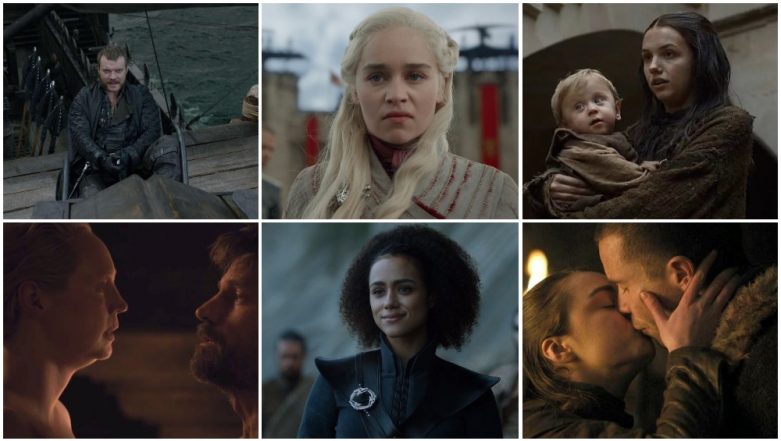 Game of Thrones 8 Episode 4: From Oathsex to Missandei’s Death, 11 Standout Moments in ‘The Last of the Starks’ (Photo Credits: HBO)

The fourth episode of Game of Thrones 8, The Last of the Starks, has turned out to be a mixed bag of sorts. It is not easy being a followup to The Long Night, one of the most exhilarating Game of Thrones episodes that we saw last week. But The Last of the Starks turned out to be a fairly engaging episode that offers a few moments of fan-service, predictable turns and a couple of deaths that feel more gratuitous than needed. With only two more to go after this, we expected a lot from the fourth episode. Game of Thrones 8 Episode 4 Recap: After Beating the Night King, Can Jon Snow, Arya Stark, Daenerys Targaryen Now Defeat Cersei Lannister?

Sure, we were a bit let down, but it was not that The Last of the Starks were not without some standout moments. From unexpected romances to unexpected deaths, there were quite a few scenes worth discussing in the episode.

Farewell to the Fallen 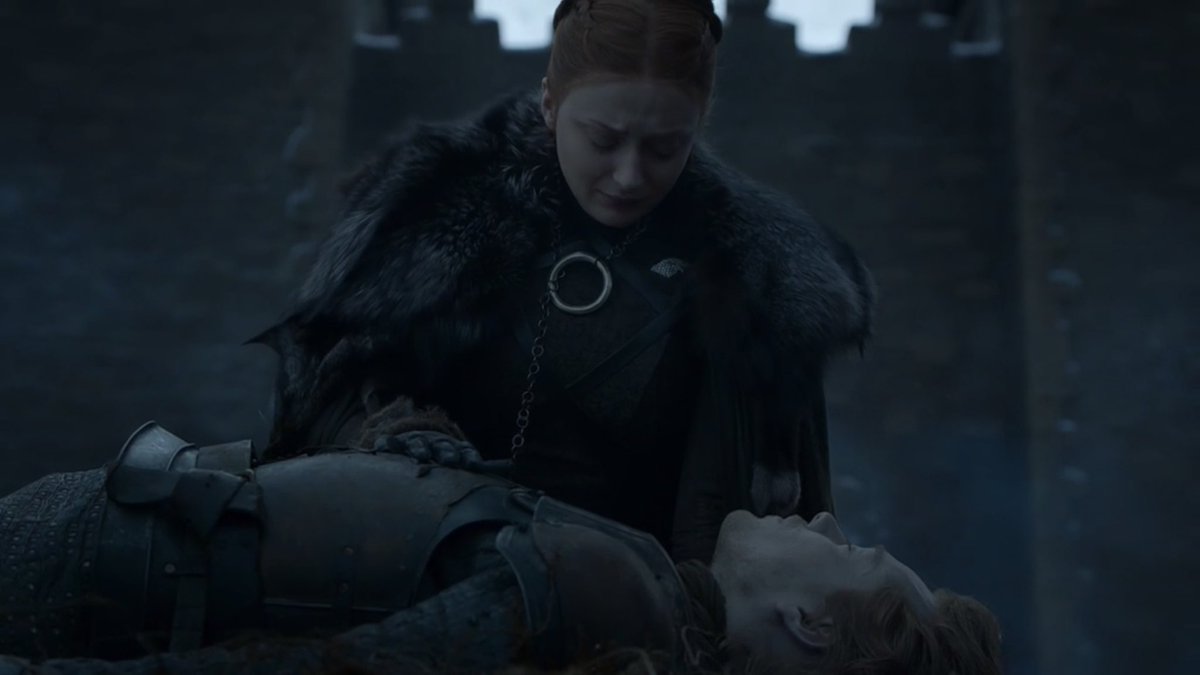 The fourth episode rightfully begins with the survivors of The Long Night paying a tribute to the fallen heroes at their funeral. We see Danerys mourning Joran Mormont's death, Sansa crying over Theon Greyjoy and Arya lighting Beric Dondarrion's pyre. A sombre but poignant start!

Gendry Made the Lord of Storm's End 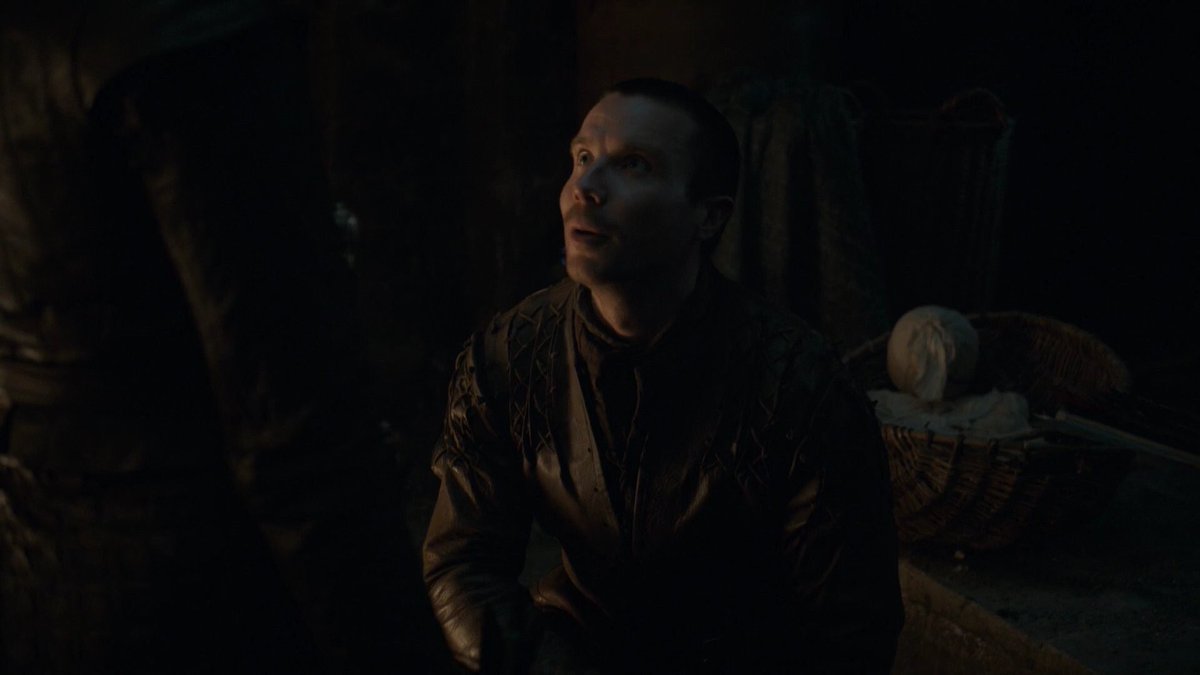 In a shrewd political play, Daenerys makes Gendry the Lord of Storm's End for his heroic exploits and for being Robert Baratheon's son during the feast. The second revelation leaves many, including Tyrion and Jaime, shocked, but they all hail his 'promotion'. 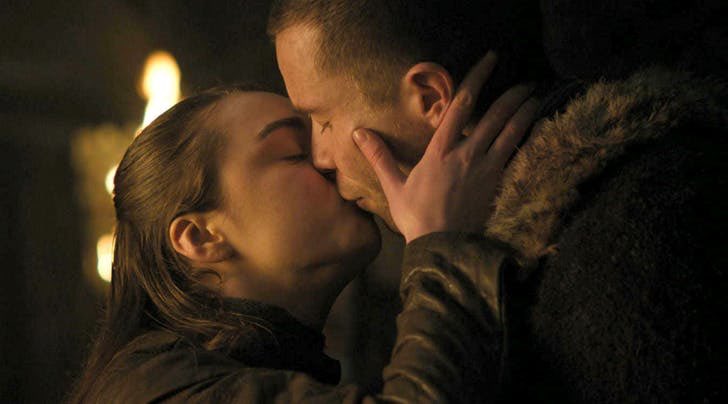 A jubilant Gendry seeks out Arya Stark and asks her to be his Lady. Arya, while happy for him and even kisses him, rejects his proposal though, asking him to find someone else for that. Later, we see her leaving for King's Landing, no doubt wanting to kill Cersei Lannister (bumping into The Hound, also on the same route). 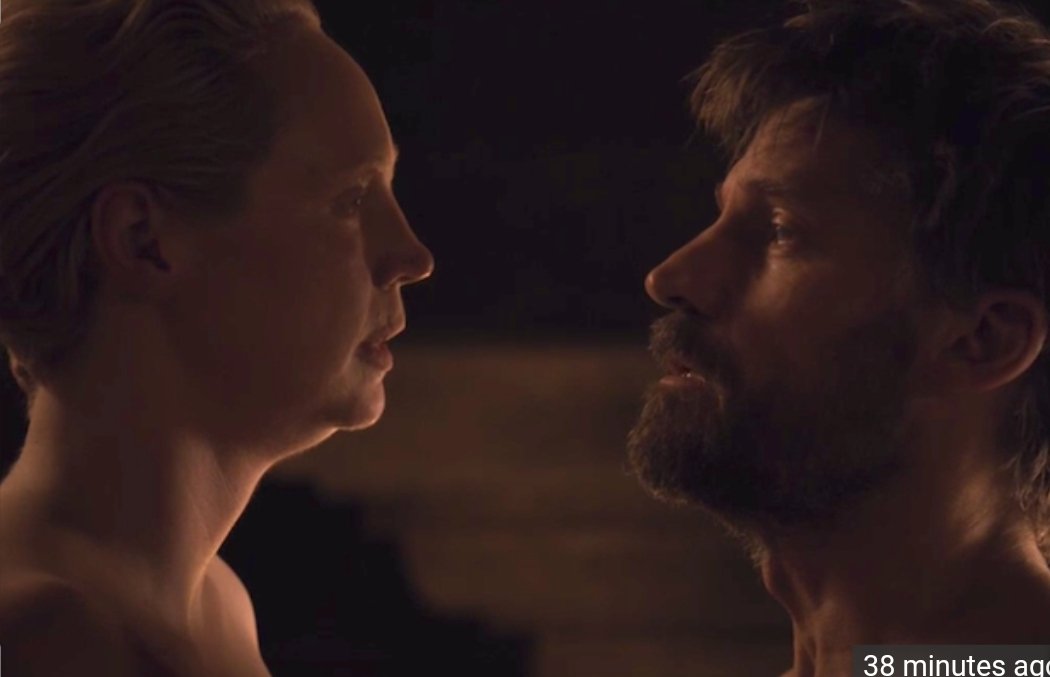 After a drinking game, Jaime Lannister and Brienne of Tarth finally end up having sex. Tormund's heart may be broken, but this pairing was something GoT fans were expecting for long, and they even labelled it 'Oathsex'. The name is derived from the fact that both Jaime and Brienne have swords made out of Ned Stark's Oathbreaker.

Bronn Strikes a Deal With Jaime and Tyrion 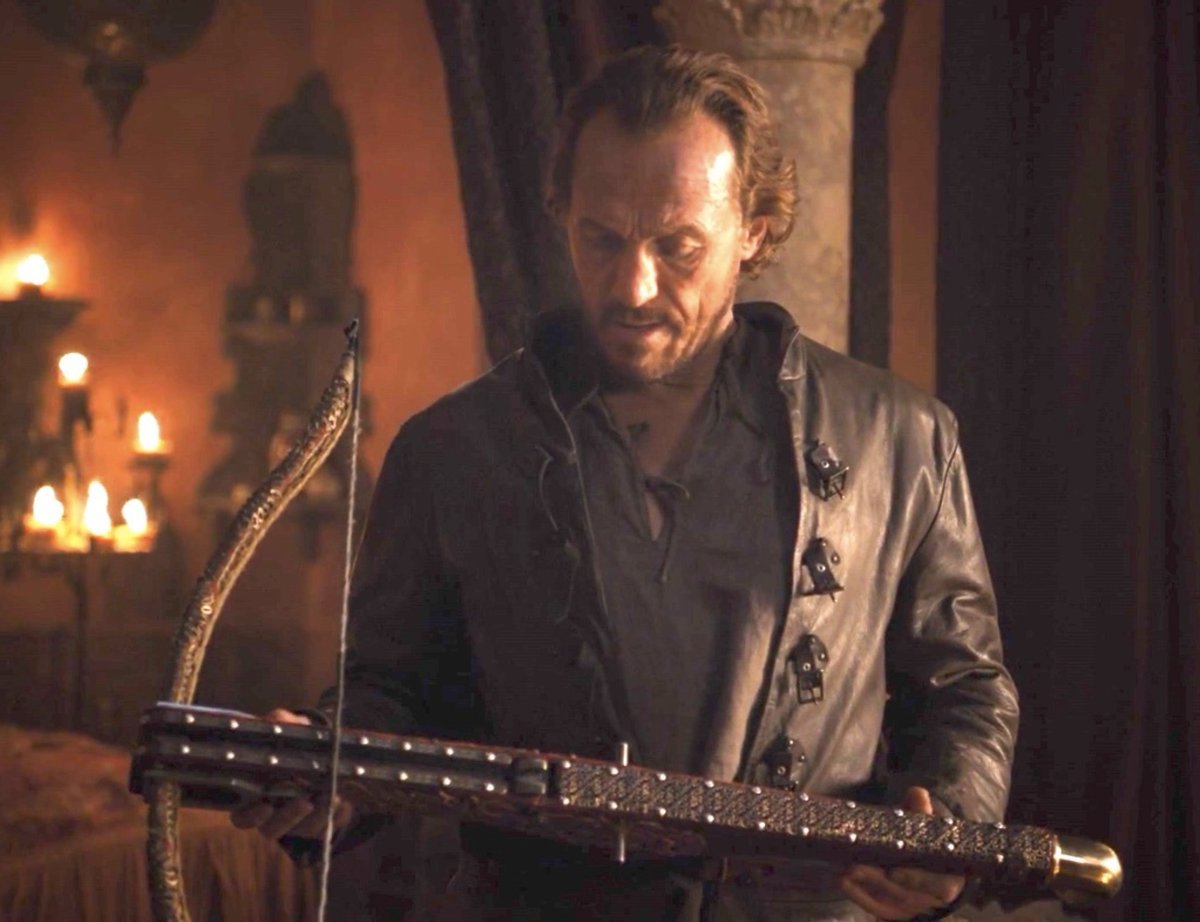 Bronn is back, and with the crossbow to kill the Lannister brothers! After making Tyrion's nose bleed, he makes a deal with the brothers to make him the Lord of Riverrun in exchange for their lives. To make them believe that he means business, Bronn even shoots an arrow towards Jaime that barely misses him. Typical Bronn! 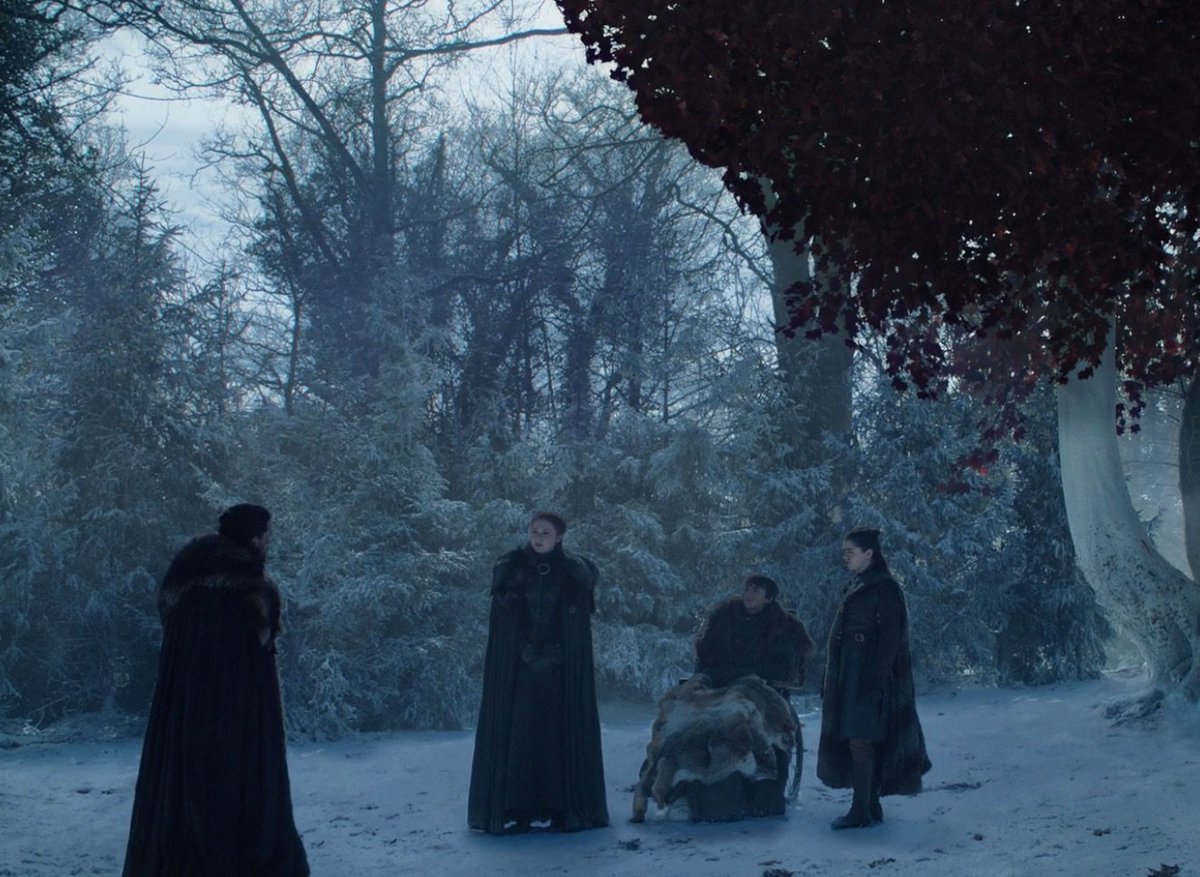 Despite Daenerys' insistence, Jon Snow tells both Sansa and Arya about his true lineage and swears them to secrecy. Sansa, however, breaks her promise and tells Tyrion the truth. 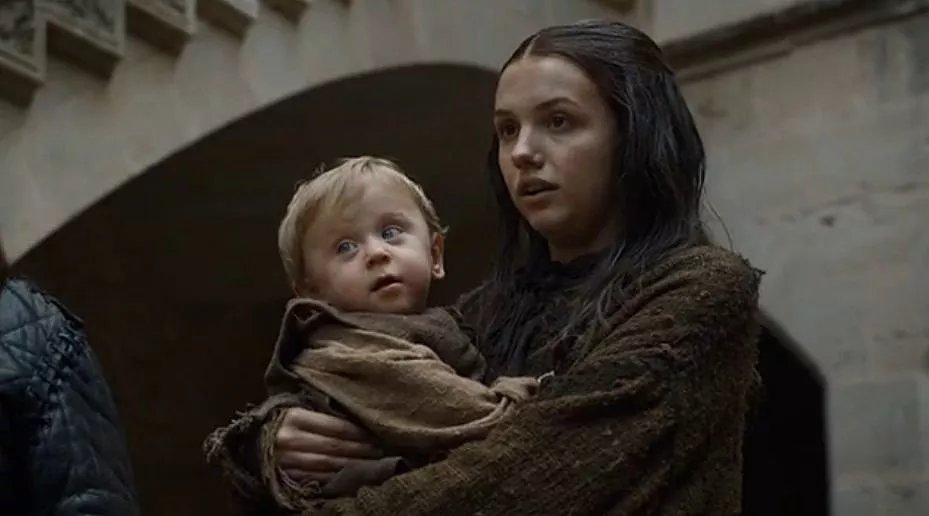 As Jon Snow leaves for King's Landing on land, he bids farewell first to Tormund who is leaving for the South with the rest of the Wildlings. Then Samwell and Gilly come to meet him, and Jon learns that she is expecting. Samwell's excuse of how that happened is quite hilarious, though. We also see a glimpse of Jon's direwolf, Ghost, who is alive from the Battle of Winterfell but is scarred. 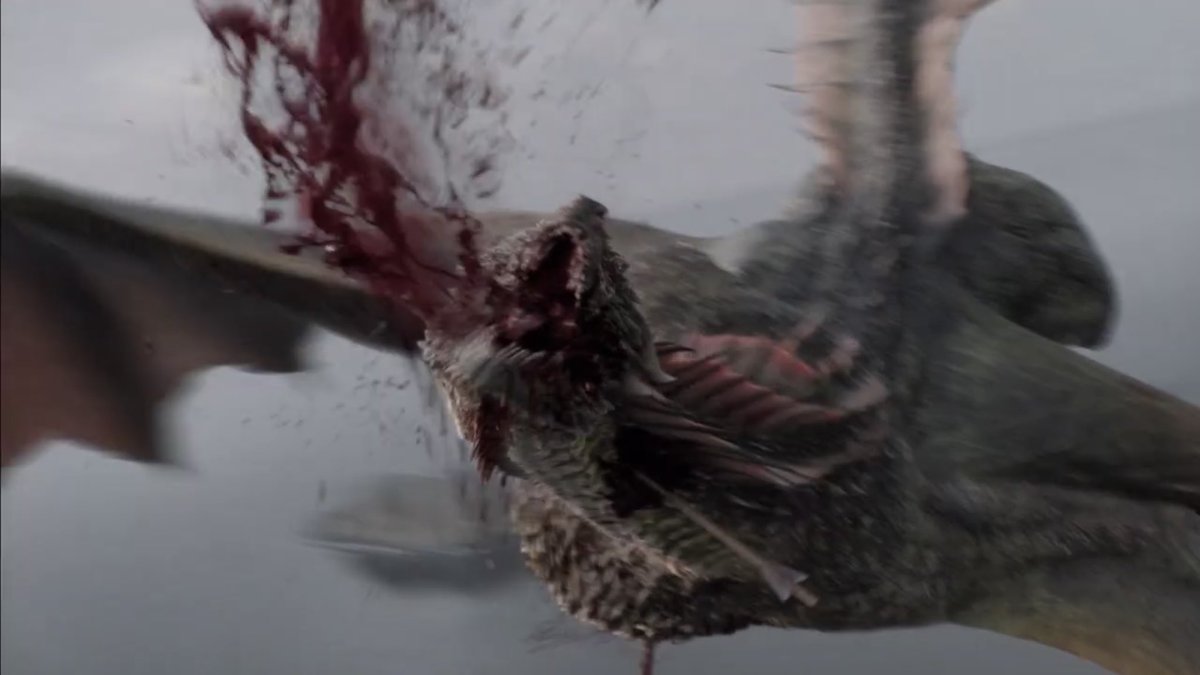 When Daenerys' fleet is about to reach King's Landing. they are attacked by Euron Greyjoy's ships. Rhaegal is killed by Euron's giant crossbow, while Dany's ships are destroyed, with its occupants jumping to water to escape. Missandei, meanwhile, is captured by Euron and given to Cersei.

Varys Begins to Have Doubts 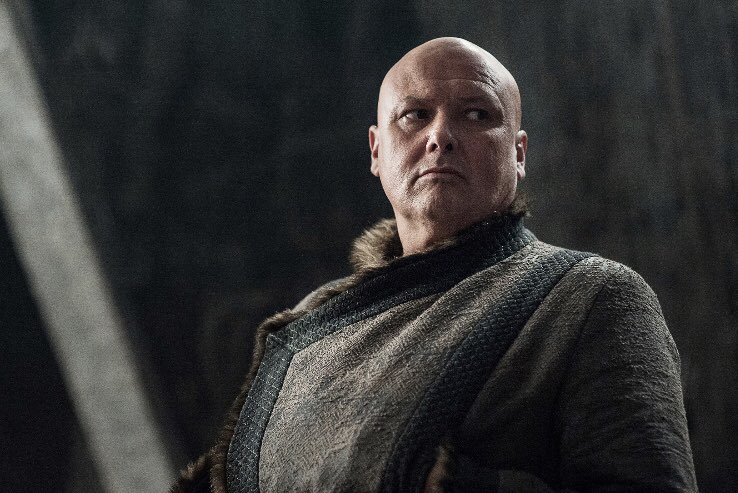 Varys is someone who cares for the people rather than the monarchs. His support for Daenerys was because he thought Dany would be a good queen to the public. However, Varys sees her jealousy towards Jon Snow. Later, when he finds the truth of Jon's real identity, Varys begins to have doubts about whether he is supporting the right person. So when a vengeful Dany is planning to take King's Landing by force, no matter how many innocents are killed, Varys decides to act against her. Tyrion pleads not to, but Varys is adamant. This change of stance could mean that Varys has signed his own death sentence. 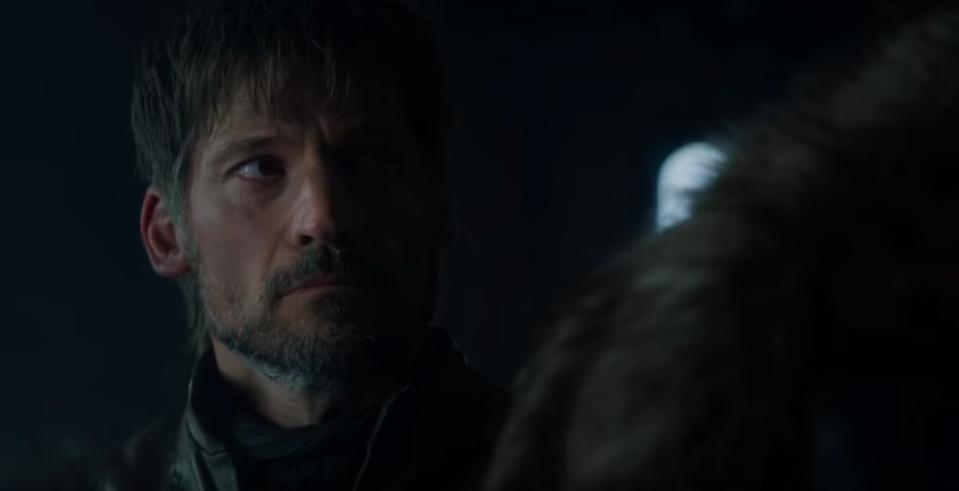 When Jaime learns of Euron's attack on Dany's fleet, he decides that he has to save Cersei at any cost. Brienne tries to stop him by saying that he is a good man and he could stay at Winterfell. Jaime reminds her that he has done so many bad things for Cersei, so he is hardly a good man. 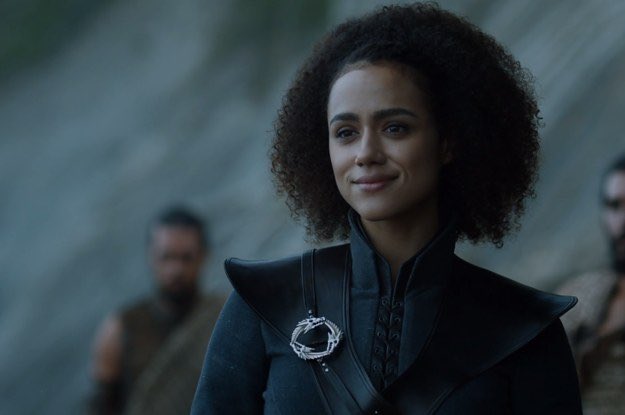 Despite Tyrion's plea, Cersei Lannister gets Missandei executed right in front of a seething Daenerys and a horrified Greyworm. Missandei's last words? 'Dracarys'! Well, that's what happens when you discuss spending retirement on a beach in a show that is all about bloody deaths!